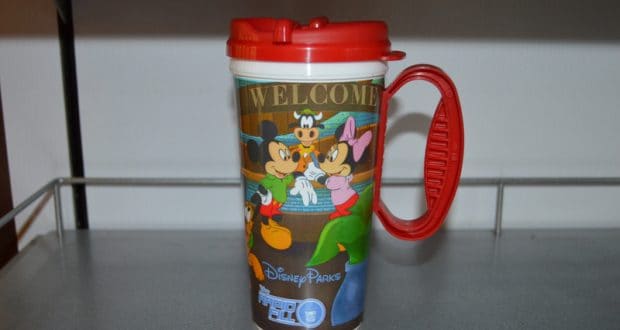 Major Changes Are Coming to the Disney Dining Plan

Major Changes Are Coming to the Disney Dining Plan

The Disney Dining Plan is a popular way to add your food costs into the final total for your vacation. You will book the plan as part of a Magic Your Way Package. You must stay on property to be eligible for the Disney Dining Plan. While not officially confirmed by Walt Disney World, sources tell us that some major modifications are in the works. Effective September 31, 2017, the following changes will take place with the Disney Dining Plan.

There will no longer be an Adult Plan and a Child Plan for those ages 3-9. There will be only one plan, and it will be the same price for everyone on it, no matter the age. Children under three will for the first time be required to be added to the plan at the adult cost; baby food and formula will be available. Rumor has it that something similar might not be too far off for theme park tickets.

All credits will expire at 11:59 each evening. They will no longer roll over to the next day, and stocking up on snacks to take home will no longer be allowed. You’re expected to buy your souvenirs for those back home, not give them your leftovers.

When the changes go into effect, Snack Credits will be good only for cookies, Mickey Bars (but not sandwiches), and sushi. With the changes Snack Credits can still be used for Dole Whip as well, but each serving will cost two credits.

Dessert will no longer be included with any version of the Disney Dining Plan. The exception is that a pack a raisins will be handed out upon request, because raisins are “nature’s candy”.

Effective immediately (not on September 31 like everything else) Refillable Mugs will no longer be included with the Disney Dining Plan. Sources say that the mugs were never supposed to be included, and Disney wants them back. If you have a Refillable Mug from a previous vacation, a Disney Cast Member will contact you with instructions for returning the mug as soon as possible. You don’t want to ignore the order, people who don’t comply will be banned from all things Disney for life. The ban will include Disney movies and wearing T-shirts with Mickey on them. Don’t ask how this will be enforced, Disney knows.

Annual Passholders and Disney Vacation Club members will now be eligible for Free Dining. However, the number of rooms will be restricted when the program is available. Instead of having blocks of rooms at certain resorts eligible, the new requirement will be that your room number needs to be divisible by the number 13. You will not know until you check in if you have received Free Dining, or if you will be paying full price for everything.

Character meals will no longer be included with the Disney Dining Plan, except for Garden Grove at the Walt Disney World Swan Hotel. Things there will operate as normal, nothing will change.

In an effort to save paper, receipts will no longer be offered to Disney Dining Plan users. You will have to keep track of your own credits. It is suggested the you use the Notepad app on your cell phone. For a limited time, you can request a piece of paper and pencil upon check in so that you can keep track of your credits. The pencil needs to be returned when you checkout (there’s a $150 holding fee that will then be refunded), but the used paper is yours to keep as a souvenir.

The menus available for people who are on the Disney Dining Plan will change daily. You will no longer be able to choose your entree, what you are served will be based on the color of your socks. A separate entree will be served to those who are sockless, or are wearing mismatched socks. Those with special dietary requests are covered, the only entree for vegetarians, vegans, and those with allergies will be a plate of unseasoned steamed broccoli. If it’s a signature restaurant, unseasoned steamed asparagus will be served instead.

The type of Disney Dining Plan that you are eligible for will be based on what type of resort you stay at. The new plans will be the Value Plan (replacing the Quick Service Plan), the Moderate Plan (replacing the Standard Plan), and the Deluxe Plan (that stays the same). Those staying at The Campsites at Disney’s Fort Wilderness Resort will be eligible for a new plan, the Live Off the Land Plan. Items available will be salads, trail mix, cups of water with no ice, and road kill.

Remember that none of these changes will go into effect until September 31, 2017, and there is still time for Disney to change their minds. Then again, seeing how it is April Fools Day, you need to take everything that you just read with a grain of salt. Speaking of salt, as of September 31, salt, pepper, and ketchup will no longer be available to anyone using the Disney Dining Plan. Mustard could be available upon request, but on a case by case basis.