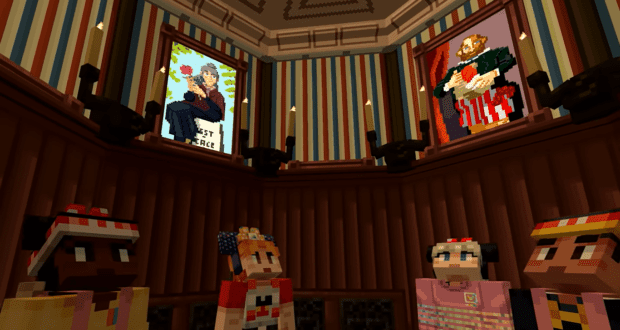 Magic Kingdom comes to Minecraft: ride the rides, get autographs and see the fireworks, all from your phone, computer or console!

Disney Parks has collaborated with Minecraft to bring fans an exciting new content pack that allows them to virtually experience all the fun of Magic Kingdom. 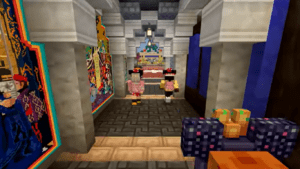 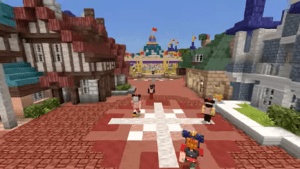 The new Walt Disney World Magic Kingdom Adventure downloadable content pack for Minecraft was released on Tuesday, and we already love it! (Yep, my daughter downloaded it that night and began her adventure immediately!)

Minecraft is a video game in which players use three-dimensional blocks to build and create things, places, and buildings within a virtual 3D world, making it the perfect platform for a virtual Walt Disney World experience at Magic Kingdom. Originally created and owned by Mojang and Minecraft Intellectual Property, Minecraft debuted on the video game scene in 2011. It was purchased by the Microsoft Corporation in 2014 for $2.5 billion. 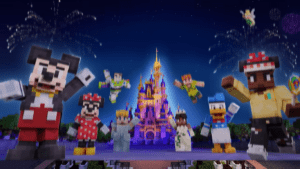 The Walt Disney World Magic Kingdom Adventure pack was originally created in celebration of the 50th anniversary of the opening of the Walt Disney World Resort in October 1971. The pack brings the magic of Disney to fans wherever they are, which is especially fun for those who haven’t yet made it to the parks for the 18-months-long celebration.

The Magic Kingdom content pack allows Minecraft players to do things they usually can’t do within the virtual 3D world. Fans can board 20 different Magic Kingdom attractions and “ride” the rides. The attention to detail within each “Minecrafted” Magic Kingdom experience is amazing, especially when you consider that Minecraft operates with a fully pixelated look. 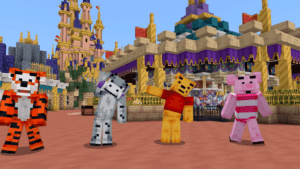 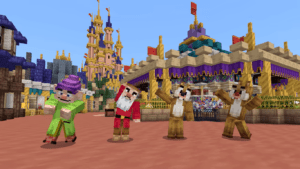 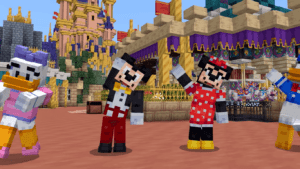 In fact, the Minecraft virtual version of Magic Kingdom looks so much like the “real world Magic Kingdom,” that we feel like we’re right there with the characters, amongst the magical scenery, experiencing all the different attractions. 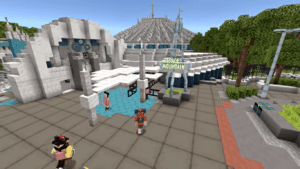 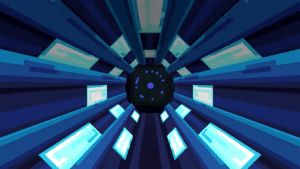 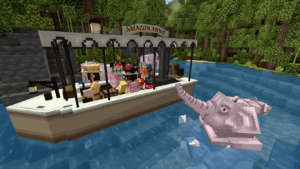 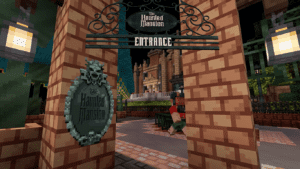 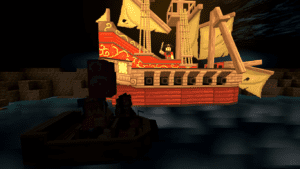 At the end of a long and magical day at the park, Minecrafters can even take in a spectacular fireworks show at Cinderella Castle. 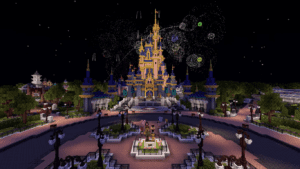 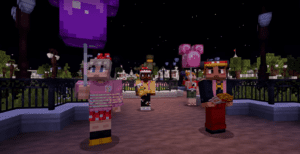 Users can also get autographs from Disney and PIXAR characters with a virtual autograph book when they aren’t enjoying one of the many fan favorite attractions. See Mickey Mouse, Minnie Mouse, Sheriff Woody, and others as you make your way through the theme park and many others. 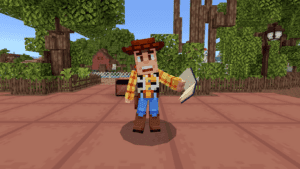 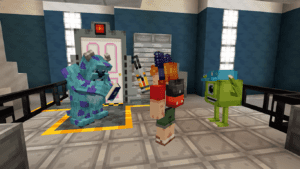 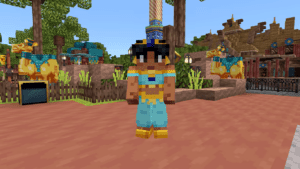 No word yet on whether users can get a pineapple Dole whip cup or don a Magic Kingdom spirit jersey, and so far, we haven’t seen too many Disney Cast Members either. Minecraft is available on most platforms and consoles. There are versions available for PCs, Macs, Xbox One, and Xbox 360. A version is also available for iPhone, iPad, Kindle Fire, and Android smartphones. The Walt Disney World Magic Kingdom Adventure downloadable pack, or DLC pack, is available right now at the Minecraft Marketplace or within the game. Just look for the word “Marketplace” on the Minecraft title screen and click it to be taken to the screen where you can purchase the Magic Kingdom pack for $6.

Endless enchantment and magic await across all of Magic Kingdom theme park‘s six themed lands. Grab your friends and head out to the parks now!