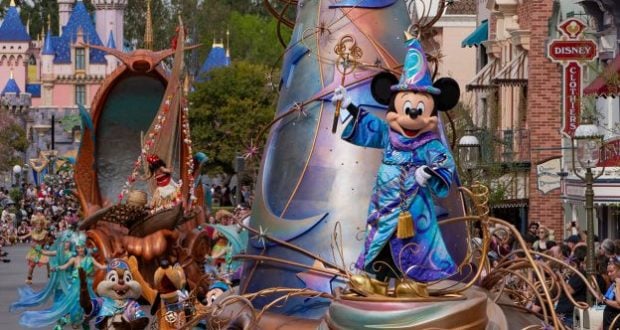 In February 2020, Disneyland Resort received a brand-new and absolutely gorgeous parade at Disneyland Park. The parade was called Magic Happens and featured some classic characters in fun outfits and floats that brought to life new movies like Moana, but also classic films like The Sword in the Stone. Magic truly did happen to bring that parade to life. 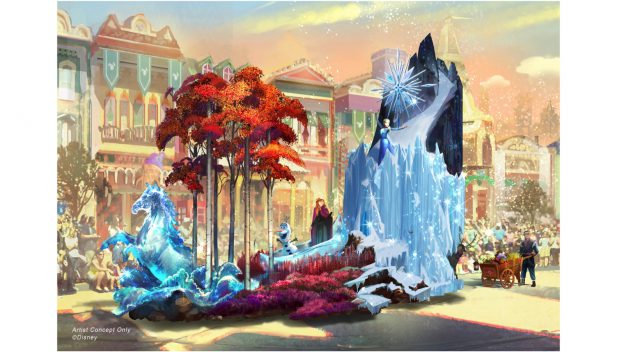 Well, sadly, less than three weeks after the parade premiered, Disneyland Resort had to close its gates because of the COVID-19 pandemic. Both Disneyland Park and Disney California Adventure finally opened back up in April 2021, but parades were a no-go. After more than a year of the Parks being open once again, there was still no word on the fate of the Magic Happens parade. Until now. 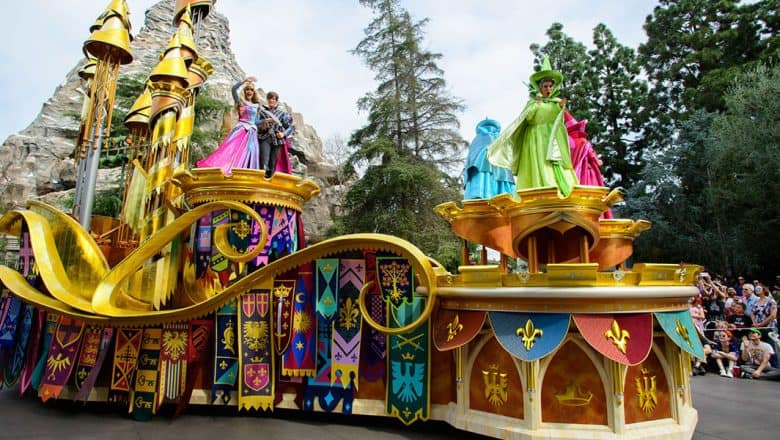 Disney Parks Chairman Josh D’Amaro shared at the D23 Expo that Magic Happens will return to Disneyland Park in January 2023 — as part of the 100th-anniversary celebration for The Walt Disney Company.

If you didn’t have a chance to see Magic Happens — as its time in the Park was so short, here’s some more information!

With a wave of his wand, Mickey Mouse leads a cavalcade of fabulous floats, whimsically costumed performers and popular Disney pals like Anna, Elsa and Olaf around the park and into your hearts—all while moving to a high-energy musical score that puts a contemporary spin on classic Disney hits. In addition, a brand-new song co-composed by singer-songwriter Todrick Hall helps bring some of your favorite Disney tales to life like never before.

The parade features several distinct “stories,” with a delightful mix of characters. Watch Moana ride the crest of a beautiful wave in her voyager canoe, followed by Coco’s guitar-strumming Miguel, who’s joined by his dog Danté and other fantastical spirit animals.

Behold the enchanted forest from Frozen 2, as Anna, Elsa, Olaf, Kristoff and Sven pass by. Then prepare for the grandest finale of all as the parade commemorates memorable story moments from Sleeping Beauty and other Disney classics. It’s an incredible procession not to be missed! 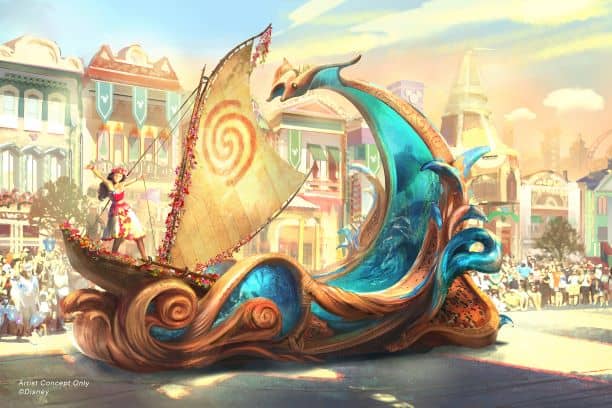 Again, Magic Happens will come back to the Happiest Place on Earth next year. I don’t know about you, but I am going to reach for the stars in broad daylight, because I cannot wait!