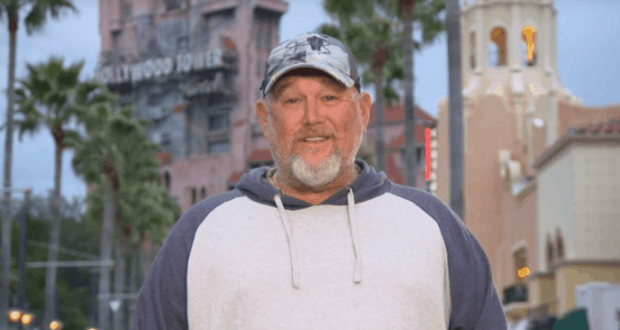 Disney Parks Blog recently met with Larry the Cable Guy at Walt Disney World Resort.  He shared some of the excitement for the new attraction, Lightning McQueen’s Racing Academy, coming to Disney’s Hollywood Studios.  We previously announced that a new attraction would be coming to Disney’s Hollywood Studios at Walt Disney World.  Lightning McQueen’s Racing Academy is set to open on March 31st, 2019 at the park.  This new experience will take guests inside the world of the Cars films created by Disney•Pixar.  Larry, who performs the voice of Mater in Disney•Pixar’s “Cars” films, gives us a look at some of the new anniversary logos coming to the park, too!

Check out this fun video below from Disney Parks Blog:

Here is a look at the new logos:

The first features Lightning McQueen and the second one features Mater! According to a previous post from Disney Parks Blog, you will take on the role of rookie racer, and “you’ll cruise into the theater and find yourself face-to-face with Lightning McQueen, appearing live on stage. McQueen and the entire audience are enveloped by a giant, wraparound screen that is nearly two stories tall and stretches more than 200 feet from end to end, pulling everyone into the action! The racing legend is excited to showcase what he’s learned over the years. Of course, as Lightning McQueen has discovered throughout his career, things don’t always go according to plan, and he has to think fast to get back on course. Friends like Tow Mater, Cruz Ramirez and Lightning’s pals from Radiator Springs chime in with their support, as Lightning gears up for the challenge.”

Who else can’t wait for this new Lightning McQueen attraction to finally open?