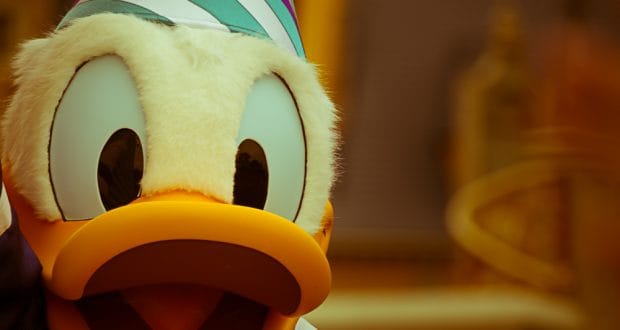 Think that you know almost everything that there is to know about Walt Disney World? Here are six sets of facts, statistics, and secrets that not everyone knows about.

You already know that Walt Disney World is huge, but do you realize just how big it is? The property expands over 40 miles. You could fit Manhattan twice onto the property, or all of San Francisco. There are over 25,000 hotel rooms on property. If you wanted to spend a night in each one it would take you close to seven decades. Only about 34% of Walt Disney World property is currently developed. One secret that many people are not aware of is the 11,500 acres that are set aside as the Disney Wilderness Preserve. The area is the opposite of what most people picture when they think of Walt Disney World. It is open to the public 9:00-4:30, Monday through Friday and some weekends, except on major holidays.

Walt Disney World is the largest single site employer in the United States. It takes over 60,000 Cast Members to keep the parks, hotels, restaurants, shops, and other aspects running smoothly. The number of Cast Members is growing, as new areas are added. There are over 3,000 different job classifications, meaning that there is a good chance that you are qualified to do something similar to your current job at Walt Disney World. There are also over 2,500 different styles of Cast Member costumes.

You may have noticed how clean and free of litter Walt Disney World is. Part of the reason is that you will never be more than 30 steps from a trash can. You can even find them while you are in line for many of the rides. This rule was implemented by Walt Disney himself. Cast Members are instructed to pick up anything that they see lying on the ground, so if someone missed that trash can the litter will not be there for long. All trash is hand sorted, and whatever can be recycled will be recycled.

For the safety of the animals, drinks served at Disney’s Animal Kingdom are sold without lids or straws. On Kilimanjaro Safaris you might notice that the lions are particular to Pride Rock. They aren’t claiming their territory, they’re enjoying the cool air that is pumped there to keep them comfortable. Over at Epcot, you can visit the second largest aquarium in the United States. It holds 5.7 million gallons of salt water, and is large enough that Spaceship Earth could fit inside and there would still be plenty of room. The artificial coral reef is home to over 4,000 sea creatures. Walt Disney World offers several tours which will allow you to get closer to the animals.

2. Not Just for Kids

While Walt Disney World is known as the number one vacation destination in the world for families, it is not just for kids. It is also a highly desired wedding and honeymoon destination. Each year, approximately 1,600 weddings take place on property. About half of those are held at Disney’s Wedding Pavilion. The rest take place at romantic resort locations or in the theme parks. Weddings start at just under $2,500, but can cost tens of thousands of dollars with all the whistles and bells. Walt Disney World is also considered one of the top ten honeymoon destinations in the world. There are countless proposals on property each year as well. One estimate suggests that at least 4,000 couples become engaged annually at the Magic Kingdom alone.

Food is an important part of a day at Walt Disney World. Each year, ten million hamburgers and six million hot dogs are sold. Five million people order popcorn annually. For a healthier option, one million pounds of watermelon are consumed each year. The Mickey Ice Cream Bar is considered a must-buy for many vacationers, so much so that 3.5 million are sold each year. If it’s turkey legs that you like, you’re not alone. More than 1.6 million are sold annually. Turkey legs take approximately six hours to cook, and they are so popular that their likeness is sold on T-shirts and their scent as air fresheners. Don’t believe the rumor that the legs are actually emu meat, they come from very large turkeys.

2016-05-16
PaulaK
Previous: 6 Things You Might Not Know About Walt Disney World Restaurants
Next: 7 Tips For Getting The Most Out Of Epcot’s Future World