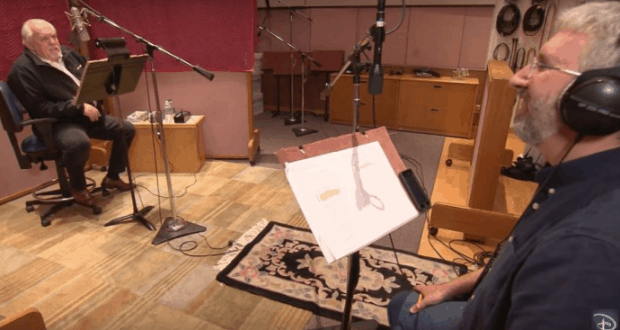 We previously announced the planned opening for a new attraction, Lightning McQueen’s Racing Academy, coming to Disney’s Hollywood Studios at Walt Disney World.  During this experience, guests will be able to learn from Lightning McQueen and all of his friends.  The new attraction is a result of a close collaboration between the teams at Disney Parks Live Entertainment and Pixar Animation Studios, creating an all-new story set in the world of “Cars.” The show features many of the original voice talents from Disney•Pixar’s “Cars 3” and other films in the franchise.  Larry the Cable Guy previously gave us a look his role as Mater and more details for the new attraction.  Now Disney Parks Blog confirmed that John Ratzenberger would be part of the cast as Mack.

John Ratzenberger is considered a good luck charm for Pixar since he has been a voice talent for every single one of Pixar Animation Studios feature films.  We are excited that he will also be the voice for his character Mack for the new attraction.  We have a fun video below from Disney Parks Blog:

Per Disney Parks Blog, when you enter the theater, Mack and Sally Carrera welcome all the rookie racers and test their knowledge of Lightning McQueen. It sounds like a fun way to get ready for the show.  The new attraction will officially open on March 31st, 2019 at Disney’s Hollywood Studios.  The wait for this fun attraction is almost over!

Who else can’t wait to finally check out Lightning McQueen’s Racing Academy?