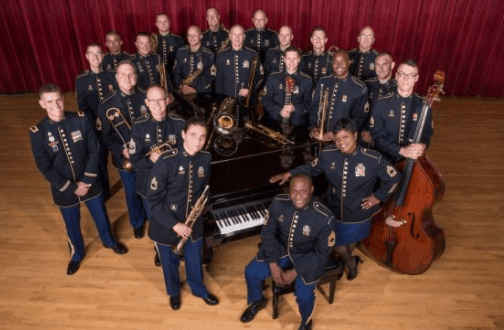 Disney Parks Blog made another exciting announcement for guests that will be at Walt Disney World in the coming week.  We have learned that the Jazz Ambassadors of The United States Army Field Band will perform at Epcot on March 1, 2018.   While at Epcot, they are all set to perform three special concerts in the America Gardens Theatre at the American Adventure pavilion within the World Showcase area of Epcot.

This special jazz group is a 19 member ensemble that was first formed in 1969.  They play a mixture of music including big band, swing, contemporary jazz and, of course, patriotic music.  The Jazz Ambassadors, who are also known as “America’s Big Band,” have also performed at various venues around the world.  We are so excited that they will be coming to Epcot, even if it is only for one day.

You will be able to find The Jazz Ambassadors of The United States Army Field Band on March 1st, performing at 5:30 PM, 6:45 PM and 8 PM at the America Gardens Theatre within Epcot.  Park admission to Epcot is required in order to attend the show, but it is included in the overall price of admission.

Who will be in the area on March 1st to check out this amazing performance?