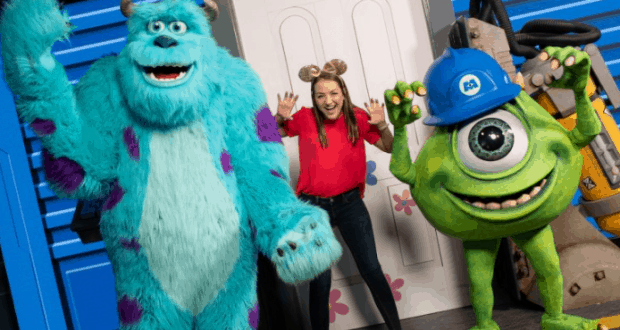 Today is February 3rd, 2019, which is also 2/3/19.  Many Disney fans around the globe are celebrating the day as a Disney•Pixar’s “Monsters, Inc.” day in honor of 23-19.  23-19 is the emergency code from the film that the monsters use when there is human contamination that has made its way into the monster world.  If there is a risk of contamination (like in the film where a sock makes it way back into the monster world) then the Child Detection Agency, C.D.A., is called in to save the day and handle the contamination issue.  To celebrate, many guests around the world are watching Monsters, Inc. today.

Spoiler alert, but if you have seen the movie you know that the monsters finally realized that human laughter is actually ten times more powerful than screams so the monsters make humans laugh instead of scaring them now.  For guests that are visiting Walt Disney World, they will find that there are two portals to the monster world.  The first is in Tomorrowland at Magic Kingdom Park where you can enter the Monsters, Inc. Laugh Floor.  The experience is a live, interactive comedy show that is fun for the entire family.  The second is in the Walt Disney Presents attraction at Disney’s Hollywood Studios.  For this one guests are able to step into Monsters, Inc. where they can meet James P. Sullivan and Mike Wazowski for a live meet and greet.

So even though today is 2/3/19 and the monsters used to be very afraid of 23-19 situations, humans are completely welcome by the monster world at Walt Disney World!