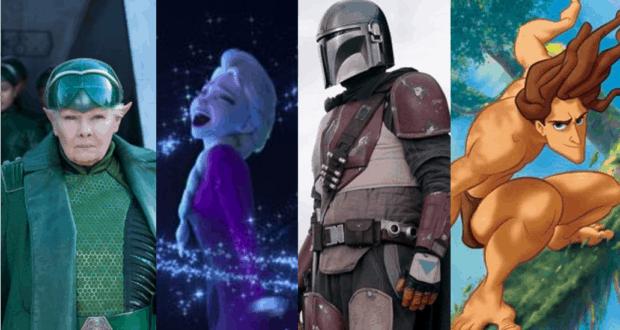 Here’s Everything New on Disney Plus in June 2020

Have you been a Disney+ junkie lately? We know with this quarantine, we’ve definitely been binge watching a few of our favorite shows plus re-watching classic favorites. Well, now it’s time to plan for June as Disney+ has revealed everything coming in June. Collider.com shares the June run down below:

New episodes of Disney+ originals including: Be Our Chef, Disney Gallery: The Mandalorian, It’s a Dog’s Life with Bill Farmer, and One Day at Disney.

A new documentary series: Into the Unknown: Making of Frozen II, a surprisingly honest look at the last year of production on the Disney animated blockbuster.

A debut of Kenneth Branagh’s Artemis Fowl, Disney’s big live-action adventure starring Josh Gad, Judi Dench and Colin Farrell, which was supposed to debut on the big screen this summer before this whole global pandemic struck.

New catalog titles appearing on the service this month, among them documentary Walt & El Grupo, animated classic Tarzan (and its direct-to-video sequel), and several installments from the classic Disneyland TV series, including The Story of the Animated Drawing, Man in Space and Mars and Beyond.

What are you most excited about watching in June? Happy watching Disney fans!