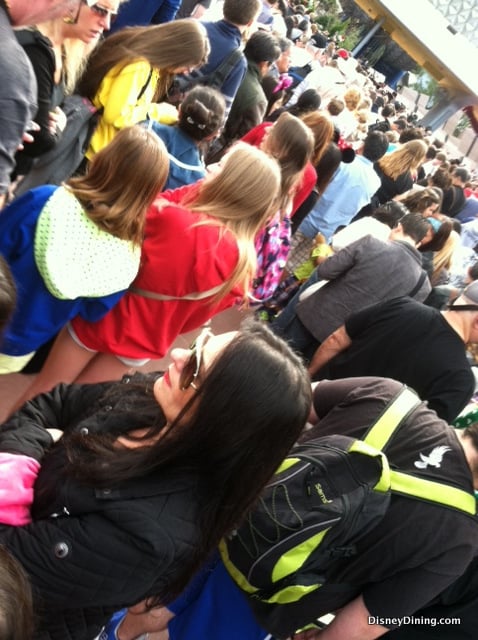 What Happens When A Disney Park Is Closed Due to Reaching Capacity?

What Happens When A Disney Park Is Closed Due to Reaching Capacity?

My day started by heading into Walt Disney World and saw signs almost immediately that Magic Kingdom parking lot was already closed.  So it begins. Flashing signs continued to tell people that Magic Kingdom was closed and advised them to divert to Epcot.  Dozens of cars did veer off to go to Epcot. They were the smart ones.  Hundreds of cars failed to yield to this directive.  The road was completely clogged with guests insisting that they were driving to the Magic Kingdom anyway.  I was carrying a passenger who is also a Cast Member so I needed to press on.  As I looked at passengers in the cars around me it was easy to see that the greatest majority were filled with guests. It was a frustrating situation.

Cast Members in cars and even in buses, as well as delivery trucks could not get through to do their jobs.  Once they saw that some of the cars were getting through the parking lot booths, because they were Cast Members or making deliveries, they all tried moving into those lanes and further delayed others from getting to work.  Magic Kingdom was indeed closed and once they approached the parking lot booths what happened?  They were slowly diverted by Sheriff Deputies to take an immediate exit loop and head back the way they came from.  Ironically, driving back to pick up my Cast Member I saw a Sherriff’s roadblock stopping guests exiting the Magic Kingdom parking lot area.  There were again miles of cars stopped on the road and at 2AM.   I bet those were some very tired and unhappy guests.  Exits were blocked by Sheriff cruisers keeping all traffic going one way and through the roadblock.  It would have been nice for them to have done this sort of traffic control earlier today.  I can’t tell you if it was a sobriety check point, or what the purpose was because I didn’t want to head back into that traffic mess. Most Cast Members are working double shifts this week and the little time they have to sleep before heading back for another double shift should not be spent on the road unnecessarily. We found some back roads to get us away from the mess.

Perhaps it would help to know what a Disney Park closure really looks like.  They prefer to close in phases and below you will find the guidelines they use to determine closure levels. If you want to find out if your most desired park is open, check with Guest Relations at any of the Parks or Downtown Disney.  Do not ask a regular Cast Member for this information. They are there to make your experience in their attraction/restaurant/shop to be the best it can be and cannot know the status of another park.

Phase 1 Park Closure: If you have a “Magic Your Way” ticket, a one day, one park ticket or you have not purchased any ticket yet, as well as Cast Member passes, you will be turned away at the parking lot booth and you will have to turn around and head the other way, which is the way you want to go in to see if you can get in any of the other parks.

Phase 2 Park Closure:   The group from Phase 1 will still be forced to turn around at the Parking Lot booths.  Those who may be allowed into the parking area, IF the parking is not Full also, are Disney Resort guests (this does include guests at the Swan and Dolphin resorts, and those coming in via a bus from Hotel Plaza Boulevard hotels near Downtown Disney.) Once the parking lot is FULL, it is full for several hours. Although some groups can enter the park in this phase, that does not mean they will have their car admitted to the parking lot. (the smart ones who turned off and headed to Epcot may have had some access to the Magic Kingdom via Disney transportation until the park reached Phase 4 Closure.  In addition to the aforementioned resort/hotel guests the following may be granted admission to the Park: Annual Passholders, Guests with Park Hopper tickets coming from another park, Guests who may be re-entering the park, Guests who have dining reservations inside the Park, Guests who have reservations at Bibbidi Bobbidi Boutique or the Pirates League, Guests who pre- purchased one day Magic Kingdom tickets, and Guests who have used Walt Disney World Transportation from their resort.

Phase 4 Park Closure: The Park is now closed to anyone, until a significant number of people leave the Park.

On December 31, Magic Kingdom Park closed at 9:40AM due to reaching capacity, in Phase 2. The parking lot was FULL. Just after 11AM Magic Kingdom was at a Phase 3 closure. They later experienced Phase 4 closure for 11 hours.

I knew I could not get into the Magic Kingdom via their parking lot, but may have a chance via the monorail from Epcot.  Keep in mind that arriving via Disney transportation is often one of the biggest things in your favor to get into a park in phased closings until they turn everyone away in Phase 4. There were so many people that diverted to Epcot plus I knew that some Hollywood Studios Cast Members  that were diverted to the Epcot parking lot, that I was not sure I would be able to get into the Epcot parking lot.  It was a much easier drive to Epcot and at one point the road crosses over World Drive where I could see the line of traffic still trying to get into the Magic Kingdom parking and they were at a standstill all the way back to the Swan and Dolphin resort area.  Keep in mind that from Epcot you can travel to Magic Kingdom via the Monorail and to Disney’s Hollywood Studios via water transportation.  The parking lot was very near being full, I thought.  When I went back out to my car I saw they had managed to park cars on all the grassy areas that surrounded Epcot and its parking lot.  Those parking Cast Members creatively parked over 11,000 cars by 3PM that day.  I know this because it was on the spiel you hear when riding the parking tram.  They also stated the Epcot parking lot is the second largest parking lot in the world.  Do you want to know what the largest parking lot is? I did, so I checked with Guinness World Records and discovered the world’s largest parking lot holds 20,000 vehicles and even has an overflow lot for an additional 10,000 cars. It is located at the West Edmonton Mall, Edmonton, Alberta, Canada.

So what are the most important things to remember when Parks start to close? 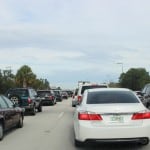 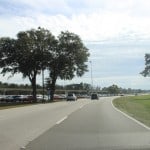 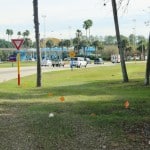 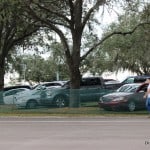 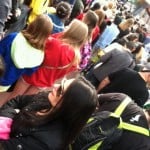 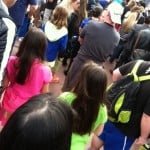 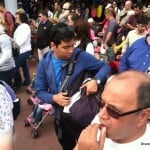