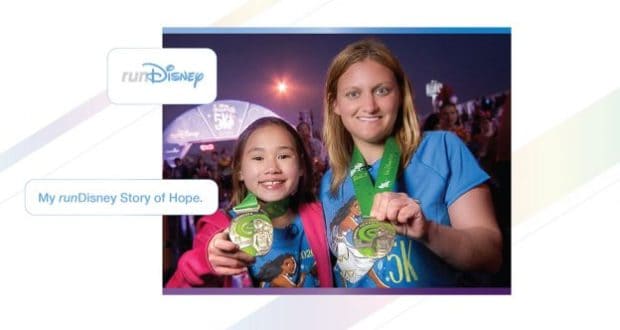 Hannah Herman – Highlighted in “Runners Who Inspire Us”

Looking to get inspired? Look no further! Over the next few weeks Disney has decided to share stories about runners who have inspired them. First up, DisneyParksBlog shares the story of Hannah Herman:

During these challenging times, many have found comfort, relief and hope in getting outside for some social-distanced exercise. We have often seen such hope, inspiration, and #DisneyMagicMoments at our runDisney events, meeting runners with incredible stories. Over the next few weeks, we’re going to highlight some of those courageous stories here on the Disney Parks Blog, starting with …

For Erin and Hannah Herman, Feb. 21 is affectionately known as the “Hannahversary,” marking the day when Erin adopted Hannah from an orphanage in Kazakhstan. That day was extra special this year, not only because it was the 10th Hannahversary, but because together they ran the Disney Princess 5K even though a decade ago, doctors doubted Hannah would ever walk.

Here’s a look at Hannah’s magical experience. Keep checking the Disney Parks Blog in the weeks to come as we look back at more amazing, inspirational #DisneyMagicMoments from runDisney events!

As an infant, Hannah was left in a maternity hospital in Kazakhstan. She was also born with a severe club foot, and the adoption agency told Erin that Hannah would likely never walk. Despite this challenge, Erin brought Hannah back to the United States, where they immediately began treatments. More than one year later, at the age of 2, Hannah walked for the first time – and has been unstoppable since, running and swimming competitively. Finishing the Disney Princess 5K was one step toward Hannah’s ultimate goal of completing a triathlon.