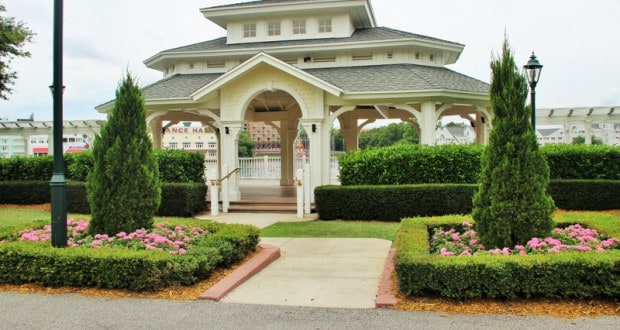 I know so many of us out there have dreamed of having a Disney Fairy Tale Wedding or vow renewal!  If you are like me, you have probably put together a few different wedding packages online to get a feel for what options are out there and how much it might cost (which is a LOT!).  If you have wanted to get more of an inside look at Disney’s Fairy Tale Weddings, then you are going to love this latest news.  Previously, Freeform released a one-episode special on Disney weddings and we have learned that there will be a new series now coming to Freeform which will launch in spring of 2018.  The series is a seven-episode special after the first special received around 3 million viewers.

This new feature series will be produced by Simon Lythgoe, Ann Lewis Roberts, and Jenny Daly as well as Walt Disney Parks & Resorts.  The show will feature Disney weddings at the various Disney locations found around the world, which includes various locations around our beloved Walt Disney World.  Here is what Ann Lewis Roberts had to say about the special:

“We are creating one of the most beautiful shows in the world with Disney’s Fairy Tale Weddings and Disney Parks and Resorts, where they make couples’ dreams come true,” Roberts said. “Making a couple’s fantasy into a reality by transforming their wedding into an event more magical and spectacular than they could have ever imagined.”

We don’t know the exact date yet for when we expect the show to be available, but we at least know that it will be in the spring of 2018.  We will update as we learn more!