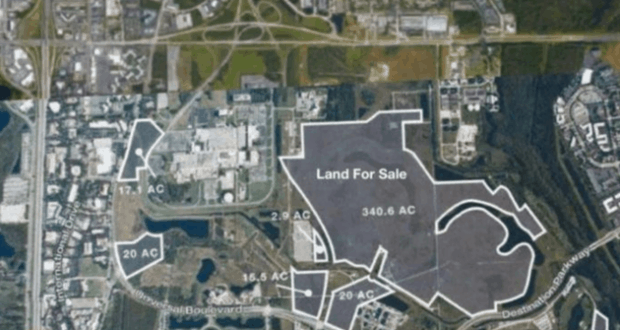 Is the rumor true?

The Orlando Sentinel is reporting the deal is done.

Tom Schroder, Universal’s media spokesman in Orlando, said the company would not be commenting in response to questions Wednesday. Universal has declined repeatedly to comment on their interest in the purchase of the property.

Apparently, an anonymous source spoke to Orlando Sentinel and confirmed the purchase. Although, no timeline has bee announced for development.

Several sources have disclosed to me that Universal Orlando’s intent is to expand onto International Drive and construct a “monorail-like transport system” to shuttle guests around the entire resort. Rumors suggest Universal has made an offer to Colony Capital, LLC, but nothing has been finalized yet. – See more at: http://attractionsmagazine.com/rumor-queue-universal-orlando-rumored-land-acquisition/#sthash.7r2Ruk9y.dpuf

Anyone who knows me knows that I love theme parks. Before my family and I moved to Orlando I had season’s passes for both local choices. Now that we’re here, I’m in theme park heaven. I have Annual Passes for both Walt Disney World and Universal Orlando Resort. There are things that I enjoy at both places, and I will admit right off that the Wizarding World of Harry Potter is amazing. It is Walt Disney World, though, that truly holds my heart. There are some things that Disney does better. Here are five things that I think that Universal could learn from Disney.

Most of the time the Walt Disney World website is user friendly, and it’s easy to find what I am looking for. Park hours and show times are simple to find. I can also easily make dining or FastPass+ reservations. The website isn’t perfect and sometimes it is slow, but overall it works. The Universal website is a different story, at least for me. When looking for anything but simple information I usually have a hard time finding it. Both websites give the basics, but overall I find that the Walt Disney World site goes into more depth and is simpler to use.

At Walt Disney World the employees are referred to as “cast members”. At Universal, they’re “team members”. Cast members overall seem to take more pride in their jobs than team members. There is an attitude among cast members that they are creating magic for the guests. While there are plenty of nice, friendly, helpful team members, for too many it seems like just another job. They don’t seem willing to go the extra mile. Disney also does a better job of training their employees before they start working. I’ve never run across a cast member who was obviously new, but I’ve encountered plenty of team members who weren’t quite ready to help the public.

Characters are a huge part of the Walt Disney World experience. People will stand in line (sometimes for hours) for a chance to meet a favorite and get a picture. Character meals are plentiful, and they’re all different. There are even more characters represented in the parades. It is next to impossible to spend much time at any of the four Walt Disney World theme parks without seeing a character or two. Universal has characters as well, but they’re not as important. Maybe it’s because Universal is considered more “grown up” than Disney, or maybe it’s because the two Universal parks have a lot less space. While there are a couple of character breakfasts, they’re not quite the same as what is offered by Disney. If you love characters, don’t expect to see as many at Universal as you will at Walt Disney World.

Wishes, Fantasmic!, and IllumiNations; need I say more? How about Main Street Electrical Parade and Celebrate the Magic? The nighttime shows at Walt Disney World are all unique and unforgettable, and when Rivers of Light opens at Disney’s Animal Kingdom they will become even better. It’s true that Universal does have Universal’s Cinematic Spectacular; if you’re there when they show it. The showtime moves around quite a bit, and there are plenty of nights when it doesn’t take place at all. If you do happen to catch it you’ll most likely enjoy it, but it still doesn’t compare to Wishes.

You may think it’s ironic that I’m talking about value when a Magic Kingdom ticket has now gone over $100, but hear me out. A one day ticket at Universal has also climbed over the $100 mark. At Walt Disney World, you can then enjoy every ride and attraction at the Magic Kingdom for that price. At Universal, you will have to pay extra if you want to ride the Hogwarts Express, because that ride requires a park to park ticket. FastPass+ is a free service at Disney. Universal Express Pass costs extra. If you want to head to Downtown Disney or a Disney water park, you can park for free. There is a charge to park if you’re headed to Universal CityWalk or the Universal owned Wet ‘n’ Wild Water Park. The days are often shorter at Universal than they are at the Magic Kingdom as well. If you’re going to pay over $100 for a day at a theme park, you’re going to want to get the most for every cent. A Disney ticket is a better value overall.

2015-12-23
Rick Lee
Previous: 10 Things That Walt Disney World Insiders Love About Disney Springs
Next: 7 Ways To Get The Most Out Of Character Interactions