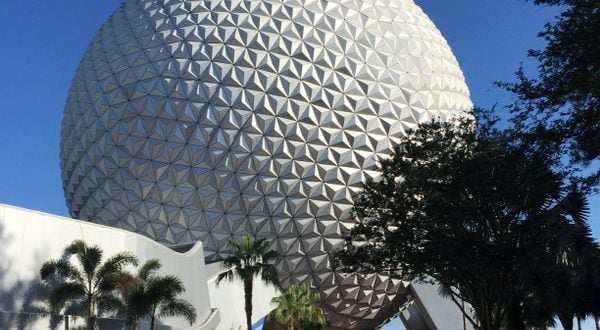 A new scavenger hunt has been announced as one of the new offerings for during Epcot’s International Festival of Arts.  There haven’t been very many details released about the event, but we expect this to be similar to other scavenger hunts that have taken place around Walt Disney World where you receive a map to go and look for various items in order to earn a prize.  Disney’s description of the event is, “Can you find Figment?  Slip into sleuth mode while searching for clues that lead to the elusive little dragon – leave no painting in the World Showcase unturned!”

The festival is expected to run from January 13th – February 20th on weekends only.  The festival will also include various arts including vocal and performance arts, paintings, culinary arts and more.  This is the first year that this event is offered.  We can expect to see this event again if it proves to be as popular as we expect it to be.  We will keep you posted as we learn more about the offerings at this new festival.

Epcot is sometimes misunderstood. Some people think that because there’s an educational element that their kids will hate it. Others assume that it’s all about partying, since it’s the home of two festivals that feature a lot of alcohol. The truth is that Epcot is great for anyone. There are thrill rides, incredible restaurants, princesses, and much more. There is so much to see and do that you might want to spend two days of your vacation in the park. Here are six (really seven) underrated attractions at Epcot. Consider taking the time for them on your next vacation.

Journey Into Imagination With Figment is hated by many Walt Disney World guests, but why? It features a Sherman Brothers original song, the line is usually nonexistent, and it’s air conditioned. True, the original version with Dreamfinder is missed by many fans, but there is plenty in the current incarnation for your little ones to love. They might even learn something about the five senses. While Journey Into Imagination With Figment may not be Walt Disney World at its best, it’s not a bad way to spend a few minutes on a crowded day.

Where else can you see Ellen DeGeneres, Alex Trebek, Bill Nye the Science Guy, and Albert Einstein, all in one place? The premise is simple, Ellen has a dream where she’s failing miserably on Jeopardy, so Bill Nye helps her to learn about energy so that she’ll do better. There’s a preshow, then the audience will board ride vehicles that will take them through the history of energy. It’s campy at times, but there’s certainly nothing wrong with it. The best part of all is the length. Ellen’s Energy Adventure takes 45 minutes from preshow to the end. If you need a long break in the middle of the day, this is a great way to get it. You’ll often see kids (and their parents) napping in the middle of the ride. There is no restroom stop, so make sure your children don’t have to go before you enter the building. There is a rumor that Ellen’s Energy Adventure won’t be around for too much longer, so if you haven’t yet gone, make it a part of your next Walt Disney World vacation.

5. The Seas with Nemo & Friends

Live fish and animation are combined to retell the classic Disney movie Finding Nemo. All of your favorite characters are there, including Marlin, Bruce, Crush, and, of course, Dory. You’ll ride in a “Clamoblie” and be chased by jellyfish. You’ll still be singing In the Big Blue World an hour later. The queue for The Seas with Nemo & Friends is a lot of fun, not because it’s interactive (it isn’t), but because if gives you the illusion that you are truly going underwater. Once the ride is over, you can head to Turtle Talk With Crush or just watch the animals in the coral reef. The line for The Seas with Nemo & Friends is manageable on crowded days, and if the park isn’t crowded you’ll probably walk right on.

When was the last time that you watched the Fountain of Nations? Truly watched it, not just glanced at it while you walked by? The fountain itself is a marvel, it holds 149,000 gallons of water and has 200 pneumatic shooters. Every 15 minutes or so that water will “dance” to a classic song. The water shoots 150 feet into the air, and if it’s windy you could get wet if you walk close enough. The Fountain of Nations is even more beautiful at night. The fountain holds water that represents 29 nations, the water was poured in at The International Ceremony of the Waters on October 24, 1982.

One of the nice things about Epcot is that you can always find something to do. There is live entertainment everywhere! Take a break and be awed by the Jeweled Dragon Acrobats, or dance to the beat of the JAMMitors. Pick up a Times Guide when you enter the park, or check the schedule on the My Disney Experience App. You could spend a good part of your day at Epcot watching live shows, and the time would fly by.

World Showcase is known for its restaurants and shopping experiences. If you think that’s all that there is to World Showcase, you’re missing out. Take some time to explore Victoria Gardens in Canada, or learn about wood carvings at Mexico Folk Art Gallery. There is something unique and fun in each of the eleven pavilions, and chances are that you’ve missed it on your previous trips. Don’t just buy a few souvenirs and eat some traditional food, take the time to learn about the countries that are represented in World Showcase.

You might think that calling one of Walt Disney World’s best known thrill rides “underrated” is insane, but it really isn’t. If Mission: SPACE isn’t underrated, why does it often have a Wait Time of 15 minutes or less, while Test Track and Soarin’ have 90 minute waits? Mission: SPACE not only gives you a chance to blast off to Mars, you’ll also know what it feels like to train as the astronauts train. You’ll experience g-forces that leave some roller coasters in the dust, and how many coasters have motion sickness bags within reach? Mission: SPACE is so intense that there are two versions of the ride. The Green experience is more of a motion simulator ride, while the Orange side offers the full effect. Mission: SPACE is not for the faint of heart, and it does not always get the respect that it deserves.