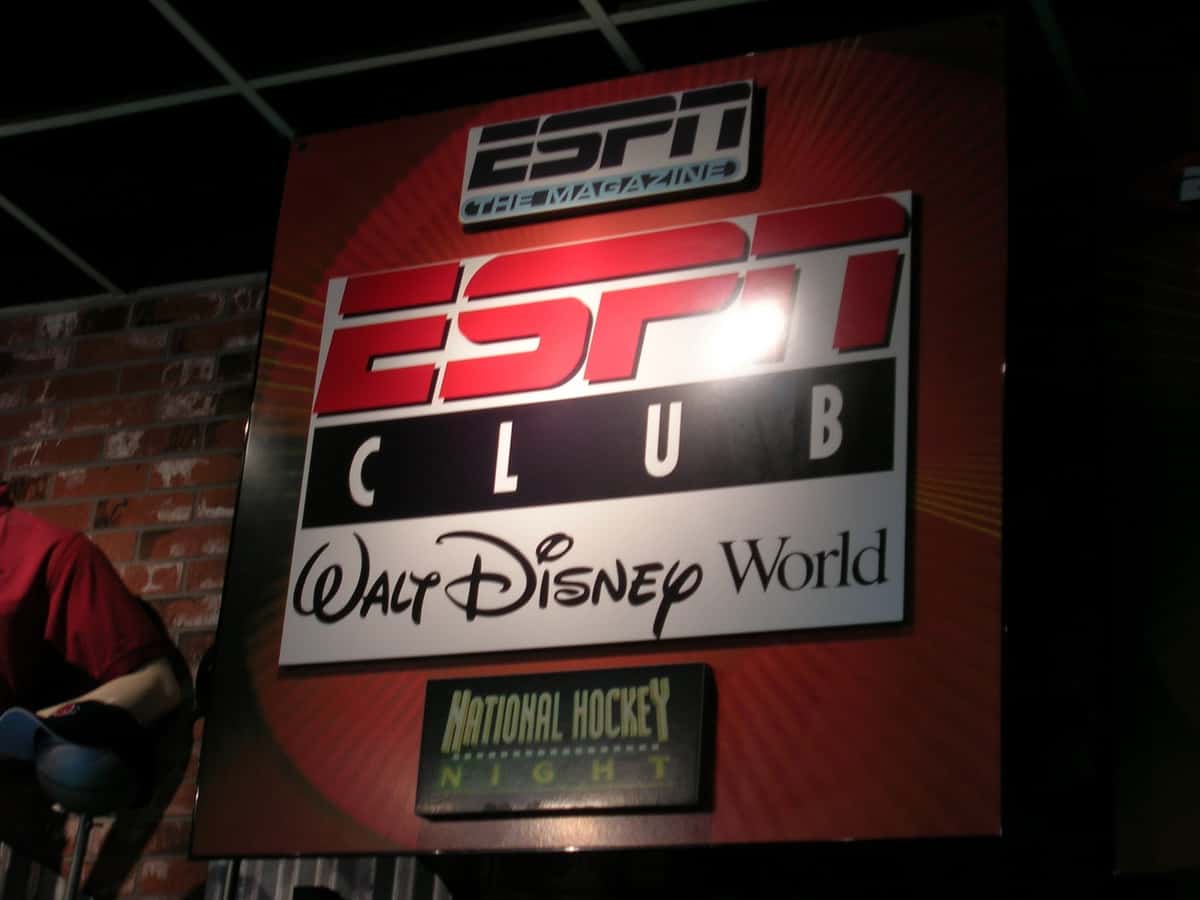 My family and I love Disney’s Boardwalk, especially in the evenings when the street performers are out. The atmosphere is fantastic and a good time is had by all. We have walked by the ESPN Club many times in the evenings and it is always crowded. That is why we decided to have a late lunch there instead of trying for dinner. ESPN Club does not take reservations. We were there on a Saturday afternoon, the first weekend of March Madness.

When we arrived around 3:00 we were told that we could pick our own table in the bar area or wait to be seated in the dining room. We chose the dining room and did not wait longer than five minutes. We picked a good time because there were others dining but the place was not crowded. My husband, a lifelong sports fan, wanted to see the autographs and jerseys along the walls, there must have been hundreds of them.

The dining room is shaped with a basketball court in mind. Some tables are on the what would be the playing floor and there are others in what would be the stands. It’s a great concept. There is one giant screen in the front, an NCAA game was playing on that, and there are several other monitors around the room with different games playing. Although it was not yet crowded people at the other tables were into the game.

Our server was Steve. We asked him about the Nachos for Two, since my daughter and I are vegetarians we wanted to know if they could be adapted. He said that they could be made without chili or the chili could be served in a bowl on the side. Since my husband doesn’t eat red meat we ordered them without the chili. They were delicious. We also got them without the jalapenos, I am not a fan of spicy foods. There were plenty of chips and they were covered with a mild cheese. They were topped with tomatoes and sour cream. We would go back just for the nachos, they were that good.

For our meal my daughter and I decided to split the vegetarian option, the Grilled Vegetable Sandwich. Steve explained that even though the vegetables are grilled they are served cold in the sandwich. That was fine. We ordered it with fries. My husband chose the Seared Ahi Tuna “Burger” from the Extreme Menu. His came with fresh chips. We did not wait long for our food. The kitchen split our sandwich for us and served it on two plates, that is always a welcome surprise. My husband loved his tuna burger. It was topped with a cucumber-mango salsa on a Kaiser roll. The chips weren’t a hit, they were rather tasteless. The Vegetable Sandwich did not fare as well. It was everything that is wrong about some restaurants when they try to come up with a vegetarian option. It was too different and too much. It contained zucchini, onions, eggplant, tomatoes, goat cheese, fennel and arugula salad. The flavors did not blend well, the best part of it was the roll. A sports club should not try for something quite so fancy, a veggie burger or hot dog would have been much more welcome. The fries that were served with it were good.

All through the meal Steve was attentive as a server. Once the meal was over he disappeared. We were finished with our food and we just sat there, waiting for the check. I realize that most people will sit, relax and watch the game but we had someplace that we needed to be. We were finished for over half an hour before he finally brought the bill and then my husband had to take it to the front to pay because Steve was not around to take it. The service was good throughout the meal but it fell apart at the end.

F-Food- Mixed. Excellent for the nachos and the tuna burger, not so good for the vegetable sandwich. (I never want to see arugula again.)

A-Atmosphere- Incredible. It is a fun place to eat. They will sometimes in the evenings have “broadcasts” where they play games with the diners.

S-Service- It fell apart. It was good when we arrived and during the meal but lousy once we were finished.

T-Tips- This restaurant gets crowded in the evenings, especially if there is a big sporting event taking place. If you want to eat there for the atmosphere go for lunch or a very early dinner instead. 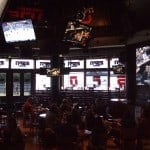 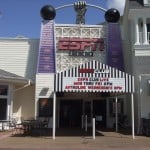 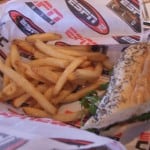 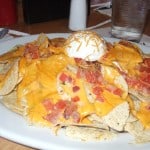 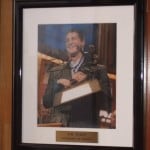 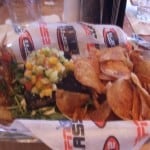 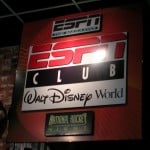