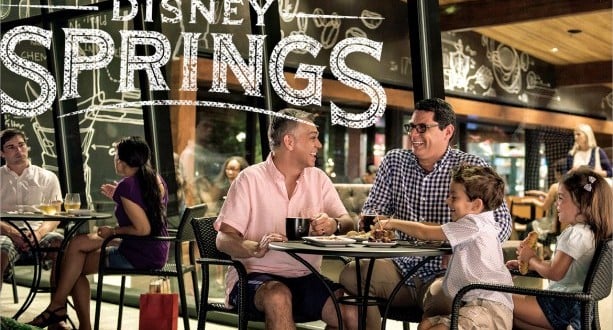 We all knew it was coming… now it is officially here! Disney Parks Blog has announced that Downtown Disney will henceforth be officially known as Disney Springs. (See full article here).

The roadway signs this past week began to be replaced and Disney announced the name change is official. The announcement coincides with the opening of Morimoto Asia and The Landing: Jock Lindsey’s Hangar Bar.