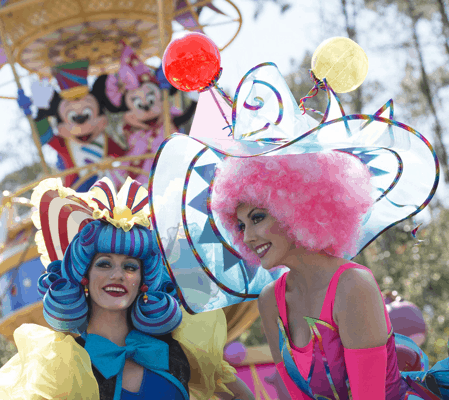 The afternoons at Magic Kingdom will be filled again with music, dancers, characters and floats as the 3PM parade, Festival of Fantasy, takes its first run in front of guests Sunday March 9.  The stories and characters that have made New Fantasyland come alive will be featured in this brand new parade. There are nine floats, dancers and performers on stilts, swings and pendulums. Expect to see 100 performers including:

This parade will have a lot of “firsts” for Disney parades. The costumes took almost a year to create making them some of the most elaborate in Disney Parks history, were made in 10 different design houses across two countries along with the costuming departments in Florida and California. 39 new costumes were made of 27 custom fabrics using the newest technology to create costumes that were safer for Cast Members to wear in the hot Florida sun. There is a brand new musical score inspired by our favorite Disney and Pixar films, which will no doubt have crowds singing along and as they go on their way after the parade. The Senior Show Director for this project, Randy Wojcik describes the parade this way: “It’s visually stunning, like mini Broadway shows rolling down the street.”  The Steampunk Maleficent is a moving, flexing, fire-breathing float making history in Disney parades. Parts of the costumes and floats were created using graphic designs and a 3D printer.  The parade floats are also powered by new energy-efficient batteries.

The floats were moved to the Magic Kingdom under cover of darkness late in January and the performers have had many rehearsals backstage during the day and down Main Street in the overnight hours.  The Maleficent film being released this summer reveals to us the previously untold story of Maleficent, the evil queen, in Disney’s Sleeping Beauty (1959). Maleficent will be played by Angelina Jolie.

Photos from the Disney Parks Blog 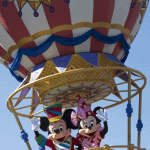 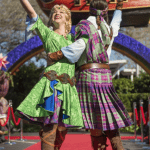 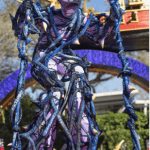 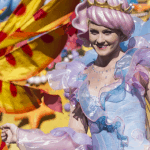 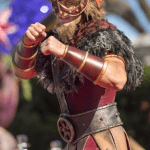 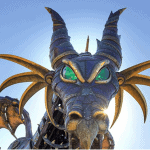 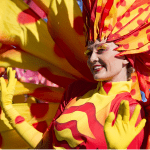 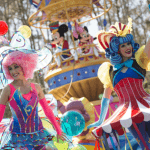 2014-03-08
Cassie
Previous: Annual Passholders-Do You Have Your Magic Bands Yet? If Not, Read This!
Next: Disney Dining Review of T-Rex at Downtown Disney