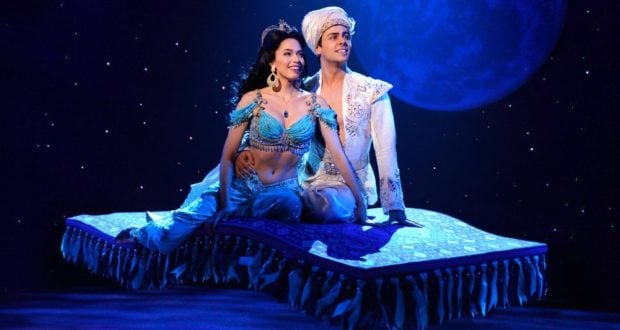 According to Filmed on Stage, Broadway musical Aladdin was filmed for worldwide release just before closing in London last year. New details are surfacing on the expected release wit Disney+.

While Disney was originally planning to release Aladdin earlier this year, plans changed when another Broadway musical, Hamilton, was fast-tracked to the streaming platform from its original October 2021 theatrical release.

The streaming platform, Disney+, is rumored to continue the Broadway trend this year with the release of Aladdin: Live From The West End just before the end of the year.

A representative from Disney confirmed the show was captured on film – and that broadcast details will indeed be following soon.