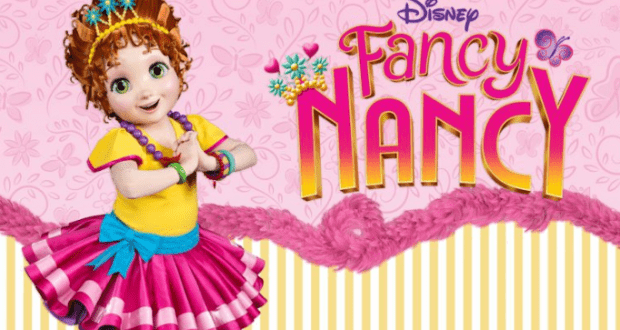 If you have younger kiddos, you are probably very familiar with the different Disney Junior shows that are out there.  We are excited to learn that another of the popular shows will be represented at Disney Parks.  Per Disney Parks Blog, Nancy Clancy, the high-spirited young girl from Disney Junior’s hit animated series “Fancy Nancy,” is making “une grande entrée” into Disney Parks this spring!  She will be coming to Disney’s Hollywood Studios at Walt Disney World Resort on May 1st, 2019, so she will be there for the 30th anniversary celebration at the park.  She will be at a character greeting location in the park within Animation Courtyard.  She will be meeting in front of her backyard playhouse.  Nancy will also be joining the lineup of characters at the breakfast, Disney Junior Play ‘n Dine at Hollywood & Vine.  Other friends that are at the breakfast include Vampirina, Doc McStuffins and Roadster Racer Goofy.

Later in May, Nancy will be making another Disney Parks appearance.  She will be coming to the Hollywood Land area at Disney California Adventure park.

If you haven’t seen the show, here is a synopsis from Disney Parks Blog:

Disney Junior’s animated family comedy “Fancy Nancy” follows six-year-old Nancy, whose imagination and enthusiasm for all that is exquisite transforms the ordinary into the extraordinary – from her vast vocabulary to her creative and elaborate attire. Nancy uses ingenuity and resourcefulness to exemplify that even if life doesn’t always go as planned, it’s important to make the most of each day and encourage others to do the same.

Who else is excited to see Nancy make an appearance in the parks?