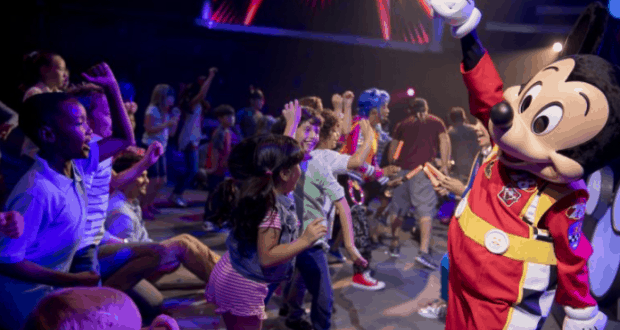 We have exciting news regarding a new party coming to Walt Disney World!  Disney Parks Blog announced that there would be a new party coming to Disney’s Hollywood Studios.  This new party is called  “Disney Junior Dance Party!”.  It is a live action Disney Junior themed party that will be high-energy for all of the little ones out there who can’t get enough Disney Junior fun!  The show will feature a variety of Disney Junior favorites, like including “Mickey and the Roadster Racers,” “Doc McStuffins,” “The Lion Guard” and the newest hit series “Vampirina.”

The new “Disney Junior Dance Party!” is described as a “musically infused, interactive concert,” that will be hosted by Finn Fiesta and a DJ (named Deejay).  It will be an interactive experience where guests get to join in all of the fun.  The party is set to arrive at the theme park later this fall. This will definitely add additional kid-friendly fun to Disney’s Hollywood Studios.  This new party will come after Toy Story Land finally opens on June 30th.

What do you think of this new party offering?  Do you think your kiddos will enjoy dancing along to this event?