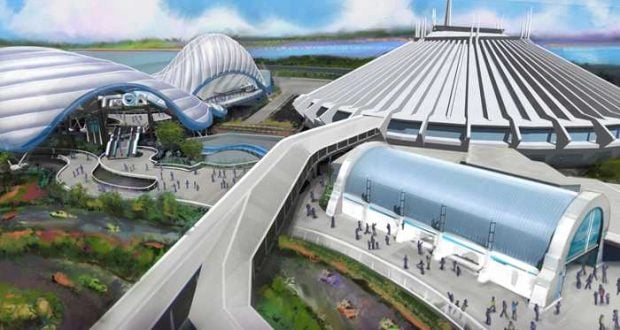 We previously announced that a version of the TRON Lightcycle Power Run attraction that is currently in operation at Shanghai Disneyland is in the works for Walt Disney World.  We have learned today that permits have now been filed by Disney is in order to start the development process.  The new attraction will be located in the Tomorrowland area of Walt Disney World’s Magic Kingdom. The location appears to be extremely large and is sitting directly next to Space Mountain.

The site for the new attraction covers part of where Tomorrowland Speedway currently resides, thus resulting in the permanent closure of the attraction.   Currently TRON Lightcycle Power Run is rumored to be ready to open around 2021, which would be just in time for Magic Kingdom’s 50th Anniversary celebration at the park.  Tomorrowland Speedway was an original attraction that opened in 1971 when Magic Kingdom first opened its doors to guests.

TRON Lightcycle Power Run debuted with the opening of Shanghai Disneyland on June 16th, 2016. It is the fastest of any Disney coaster around the globe, reaching over 60 miles per hour.  It is a semi-enclosed steel coaster that has you feeling like you are sitting on a cycle while you ride.  The attraction has been extremely popular and has received a lot of attention and envy from guests around the world.  The addition of this attraction at Walt Disney World will be a huge draw.

Here is a video of the Shanghai version of the attraction:

Who else is super excited for TRON Lightcycle Power Run to be coming to Walt Disney World?