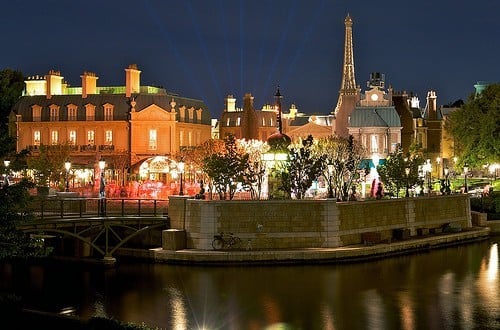 We previously announced that Disney confirmed a new Ratatouille themed attraction to be added to the France pavilion at Epcot’s World Showcase in Walt Disney World.  The new attraction is expected to be a ride that will either be the same a similar to the trackless Ratatouille: The Adventure attraction located in Disneyland Paris.  We have learned today that Disney has finally filed permits to begin the work to develop the attraction.  The attraction will be located in the empty area that is located between France and Morocco as well as some of the space that is behind the current boundaries of the France pavilion.  This was an area that was originally intended to be used as a possible country addition to all of the World Showcase, but it looks like it will instead be used to expand the France pavilion with the new attraction.

The area is currently expected to be around 5.7 acres.  Of this space 1.1 acres are paved, 0.3 acres have buildings and trailers on it and 4.3 acres are landscaping and undeveloped areas.  The space will be reconfigured and developed to meet the needs for the overall plan for the attraction.  We expect that it is likely that a gift shop and/or other stands will accompany the attraction once it is in place.  This attraction is much anticipated as many guests feel that the World Showcase needs another attraction.

What do you all think about the planned Ratatouille attraction?