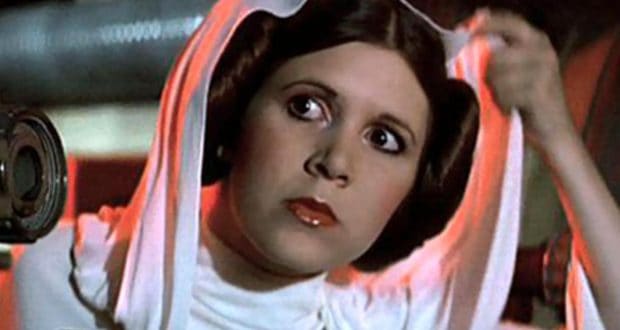 Disney Expected to Receive $50 Million After Death of Carrie Fisher

As we reported earlier in the week, Carrie Fisher, also known as Princess Leia in the Star Wars series, died on December 27th.  Carrie Fisher had a major role in Episode VIII, which she reportedly finished filming before her passing.  She was also expected to have a major role in Episode IX. Disney actually took out a $50 million insurance policy on Carrie to help protect them if something should happen and she wouldn’t be able to complete the movies as planned.  This will be the largest single payout for a personal accident claim that has ever been received.

Disney will have to re-consider how they will handle the movie franchise. It isn’t very feasible and wouldn’t go over well to replace Princess Leia with a different actor.  Because of this, they will have to work hard on how they address the story.  Fans are still hurt and dealing with the news of this tragedy and the next battle will be the future of the Star Wars movie series.

Bob Iger is the CEO for The Walt Disney Company.  He made this statement in regards to her passing:

“Carrie Fisher was one-of-a-kind, a true character who shared her talent and her truth with us all with her trademark wit and irreverence. Millions fell in love with her as the indomitable Princess Leia; she will always have a special place in the hearts of Star Wars fans as well as all of us who were lucky enough to know her personally. She will be sorely missed, and we join millions of fans and friends around the world who mourn her loss today.”

You can view our previous post about her unfortunate passing here.  Our thoughts go out to the family, friends and fans.

Lets hope Disney donates this money to a worthy cause.  Tell us what you think.

2016-12-31
Christy Caby
Previous: Tax Rate Changing in 2017 for Bookings at All Star Resorts in Walt Disney World
Next: Figment Scavenger Hunt to be Offered During Festival of Arts at Walt Disney World