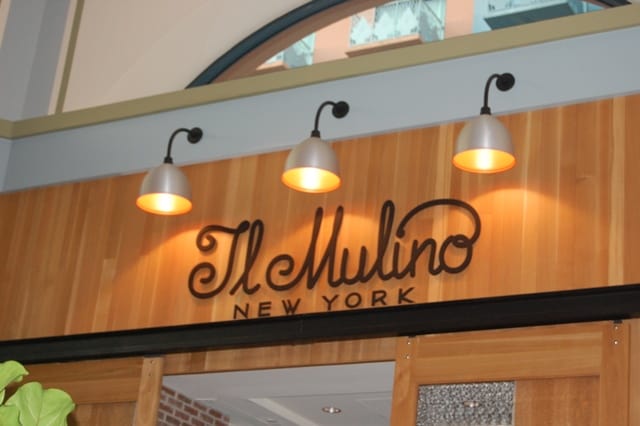 Tucked away in the Swan Hotel, Il Mulino takes you away from Orlando, Florida and directly to New York City. At first I was taken aback by the bar you walk into immediately upon entering the restaurant. However, it becomes apparent that the main restaurant is in the back. You walk past a giant sculpture of wine bottles and pasta boxes and wine crates. Tables are set up throughout, close together in true New York fashion. The kitchen area is partially exposed, separated by an opaque glass wall. On the opposite side are giant sliding barn doors that lead to another section of the room. The whole space is very trendy and sophisticated.

While the space does have a New York City feel, there are some drastic differences. The restaurant itself is about three times the size of what it would be if in the Big Apple. And although it gives the trendy vibe, the massive layout lacks the intimacy of a true New York restaurant. Although, we later discovered that Il Mulino is actually a chain of sorts as there are three New York locations, as well as Las Vegas, Atlantic City, Tokyo and several others all over the world. And while the menu and décor and prices would make one assume that this would be more of a “date night” type place, this was not true. The table next to ours had a family of six with young kids who were enjoying a very large tower of straws. This wasn’t really a problem for us; we just found it interesting. Ultimately, the space is very nice and has a great New York City atmosphere.

We were introduced to our headwaiter and his assistant.  The assistant ended up being the main server of our meal, which we found a bit odd. Along with an introduction, our waiter brought us a complimentary gift from the chef: a dish of Caponata, although it wasn’t exactly like what one would normally associate with the dish.  While it contained the typical eggplant, tomato, pepperoni, garlic and parmesan sautéed together, it was missing capers and olives. It was served cold and was very good.

Next, we ordered the Polpette al Forto ($12.00), which was a dish of Italian meatballs with tomato basil sauce. These were also very good and definitely different.  The meatballs consisted of veal, pork and beef. One member of my party noted that they seemed a bit dry while others weren’t bothered by it. They were also portioned very well and a great appetizer.

Another appetizer we ordered was the Calamari Fritti ($14.00). These were lightly fried with a spicy marinara sauce.  We were very impressed and ate every one, legs and all. The calamari was very tender and was also a good portion.

We also split the Insalata Caesar ($11.00).  We were not as impressed with this salad as we were with the other appetizers. It was good, but not great. The dressing was not your typical Caesar dressing, but we could not put our finger on what was different.

The wine list was a spectacle in itself. The list was extremely extensive as well as expensive. With that being said, it was very interesting and separated by regions of Italy. There were also not many options by the glass. However, my mom ordered the Antinori Guado Al Tasso ($14.00), which she enjoyed very much with her meal.

My mom ordered the Saltimbocca ($34.00), which was sautéed veal scaloppini with prosciutto served with spinach, sage and a white wine sauce. This dish was excellent. The veal itself was slightly dry, but not enough to detract from the rest of the meal. The spinach was also very good and garlicky. The highlight of the dish was probably the sauce, which was absolutely delicious.

My dad had the Salmone ($28.00). This was a sautéed salmon in garlic and olive oil with mushrooms over broccoli rabe.  This dish was very good. The salmon was cooked very well and the mushrooms really added to the dish. The mixed- in peppers were good but slightly spicy to give the dish a kick.

My meal was the Linguine Alle Vongole ($26.00), or linguini with a white wine clam sauce. Upon first taste, I was strongly disappointed. It was much too dry. The little sauce there was settled to the bottom and was not enough to cover the entire dish. The clams, however, were cooked perfectly. After a couple bites, I asked for extra sauce. The team promptly brought me some more sauce (“some” is an understatement; I received practically all the sauce in the whole restaurant). Once I drowned the pasta in the sauce, the dish was absolutely delicious. The sauce was definitely worth the patience. As a summary, this dish was eventually great.

We were stuffed, but caved to the suggestion of ordering dessert. We settled on the Tartufo ($10.00), which was hazelnut gelato covered in a chocolate shell. This was hands down the highlight of our meal. Topping the gelato was whipped crème, Italian crème and fresh berries. This dish made us think of Italy more than any other item we ordered. This was also served with complimentary limoncello, which I was not allowed to try but was told was delicious. We also ordered a cappuccino ($5.00) and coffee, ($3.00) which were both very good. Cigars were also available for purchase on the dessert menu, which was something we were not used to but definitely added to the New York feel.

My family and I were very impressed with Il Mulino. We decided it was not a restaurant that we felt we needed to do every visit, but definitely worth the venture.

Food: The food was excellent, overall. Nothing was particularly out of the ordinary for an Italian restaurant. We definitely thought of Italy as we ate our meal. We were impressed by the flavors and found the sauces on the dishes to be the highpoints.

Atmosphere: The atmosphere was lively and typical of a large, Disney-esque restaurant. While it lacked the intimate feel of a New York City restaurant, the décor still reminded us of a NYC spot.

Service: The service was good. Our staff was attentive and pleasant. They were ready and able to answer questions and requests that we had. I wouldn’t say that they were the most “Disney experience” oriented staff, but then again, this isn’t a Disney owned restaurant.

Tips: Il Mulino does not accept the Disney Dining Plan, however they do take Tables in Wonderland, which was a pleasant surprise. Also, you will probably be very full after you finish your dinner, but order the Tartufo anyway-SO worth the extra notch in your belt. 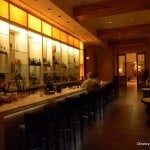 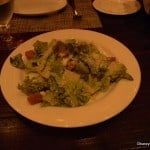 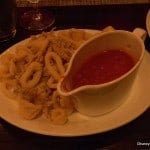 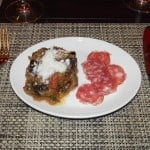 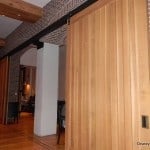 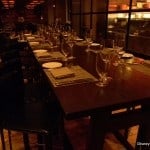 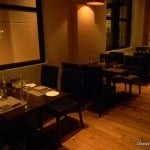 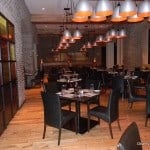 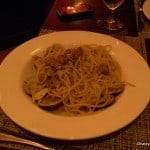 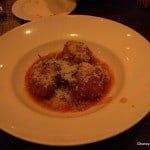 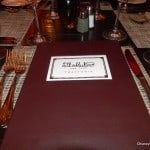 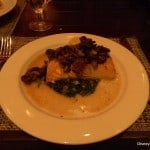 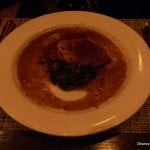 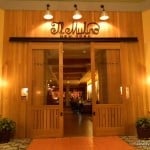 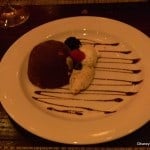