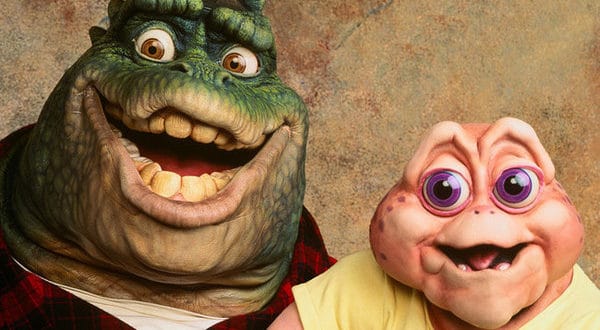 “Dinosaurs” Is Coming to Disney+!!!

When Disney+ debuted last November, the streaming service promised to offer a great mix of old and new movies and television shows. One show that many hoped that they would be able to watch was “Dinosaurs”. Unfortunately, it was not offered, but that is going to change this coming fall. The exact release date has not yet been given. The addition was announced by Ryan Reynolds on the game show “Don’t”.

“Dinosaurs” is a bit of a cult classic. The show centered around the Sinclair family; Earl, Francis, Robbie, Charlene, and Baby. They were your typical blue collar family, except that they were a family of dinosaurs who lived in 60,000,003 BC. The iconic line from the show was “not the Mama”, which was Baby Sinclair’s name for his father.

The show was originally conceived by the legendary Jim Henson of Muppets fame, although it was not produced until a year after his death. There were a total of 65 episodes of “Dinosaurs” produced. The show ran from April of 1991 until September of 1994. “Dinosaurs” was more than just a puppet series. It won several awards for its environmental impacts.

“Dinosaurs” has been one of the most requested shows on Disney+. It is nice to know that Disney is listening.