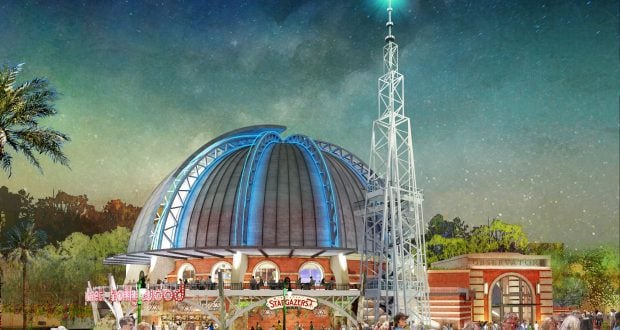 Dining Amongst the Stars at Planet Hollywood Observatory Review

On Monday, February 13, I was lucky enough to attend a media event at the newly reopened and reimagined Planet Hollywood Observatory. It was a great opportunity to try some of the new dishes, meet people who are involved with other Disney fan sites, and soak in the atmosphere. I was able to attend with my daughter, who is a writer for Disney Dining’s sister website Mickey Tips. (If you haven’t checked out the site yet, make sure that you do!) Full disclosure right off, neither my daughter nor I drink, so I can’t give you any information on the new signature cocktails, except for the fact that they were not stingy with the size. We’re also both longtime vegetarians, but I was given enough information from the other people at our table that I can provide you with some information about the meat dishes.

The evening got off to a bit of a rough start, as we were told the wrong place to go once we arrived. We ended up speaking to several employees who weren’t really sure what we were talking about, until finally someone was able to point us in the right direction. That was the only hitch in an otherwise enjoyable evening.

The meal started off with appetizers for the table to share. The Hummus Trio was very tasty. My personal favorite of the three types was the edamame hummus. It was served with herb flatbread. Chuck, our excellent waiter, told me that the Hummus Trio is the only vegan offering on the entire menu, but that there are plenty of vegetarian choices. The other appetizers served were World Famous Chicken Crunch and High Roller Platter. The presentation of the platter was fantastic, it’s served in a contraption that resembles a Ferris wheel. Since the only vegetarian item on it was the Five Cheese Dip, I asked our table companions what they thought of the other choices. They said that everything was good, but not incredible.

When it was time for the entrees my daughter and I decided to split two vegetarian choices. The first was Morgan’s Veggie Burger. This is one of Guy Fieri’s creations, and it is one of the better veggie burgers that I’ve had at Walt Disney World. It was made with several types of beans, oats, artichoke, and more. It was topped with the perfect amount of cilantro aioli, lettuce, tomato, and onion, and served on a whole wheat bun. It was messy, but quite good. It came with a side of Triple Fries. If you like seasoned fries, you’ll like these.

My favorite item of the night was the other entree that my daughter and I split; Citrus Kale Salad. It was huge, more than enough food for a meal. The salad contained kale, broccoli, brussel sprouts, and cabbage, all cut fine. There was a generous amount of orange and grapefruit slices, as well as cranberries, sunflower seeds, and feta cheese. It was topped with a good amount of agave dressing. Chuck used the word “refreshing” to describe it to us, and he was right. It was light and filling at the same time, the perfect choice if you want something delicious and don’t want to feel bloated.

At our table one the other diners order the BBQ Ribs. They were served on a picnic table, which was a cute presentation. He said that they were good, but not great. The serving size was generous. Another diner at our table ordered the Sesame Ginger Salmon. This was on the recommendation of one of the workers. She said that it was okay, but under-seasoned. It was served on rice and with green beans as a side.

If you know anything about Planet Hollywood Observatory, chances are that you’ve seen pictures of the milkshakes. They are impressive creations. There are three types. Cosmic Cotton Candy is served with cotton candy and a lollipop on top. Chocolate Comet features brownie and candy pieces. Strawberry Big Bang is served with a slice of birthday cake on the top. I didn’t try any of the shakes, but I asked people who had what they thought and the main answer was that they were very sweet. I did try a little bit of the Brownie Sundae Martini. It featured fresh brownies, vanilla ice cream, chocolate and caramel sauces, and plenty of whipped cream. It’s big enough to share, our table barely made a dent in it. Quite honestly, it was a little too rich for me. It was sweet on sweet on sweet. I think that some contrast was needed, maybe something as simple as pretzel pieces or nuts.

Toward the end of the evening Andy, the Executive Chef, came out to introduce himself. He seemed proud of what the staff created. Everyone else was attentive and professional. As already mentioned, our waiter, Chuck, was fantastic. He truly seemed to love his job, which is all too rare at restaurants these days. When he realized that my daughter and I weren’t drinkers, he brought us nonalcoholic Pluto’s Tea. It was peach iced tea that matched the Citrus Kale Salad very well.

While the name and the menu at Planet Hollywood Observatory have changed, the overall feel inside hasn’t. The walls are still covered with movie memorabilia, and there are giant screens that play music videos. The restaurant remains loud, it is not the place for a romantic meal. Still, if you’re looking for a fun, casual setting, I would recommend checking it out. If you’re there in the evening, make sure you take a peek out on the patio for an incredible view. 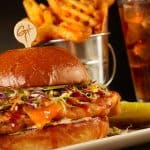 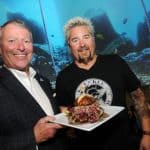 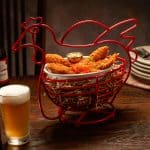 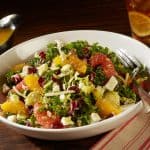 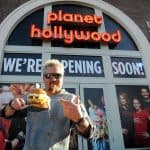 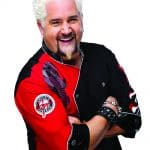 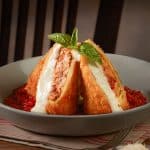 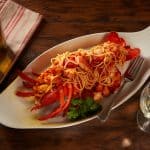 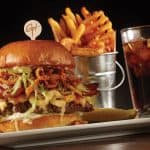 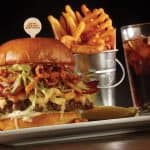 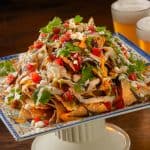 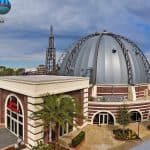 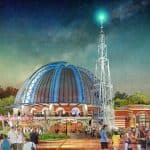 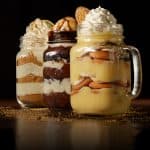 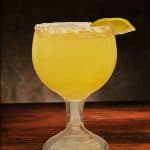 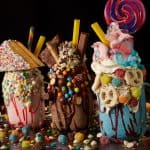