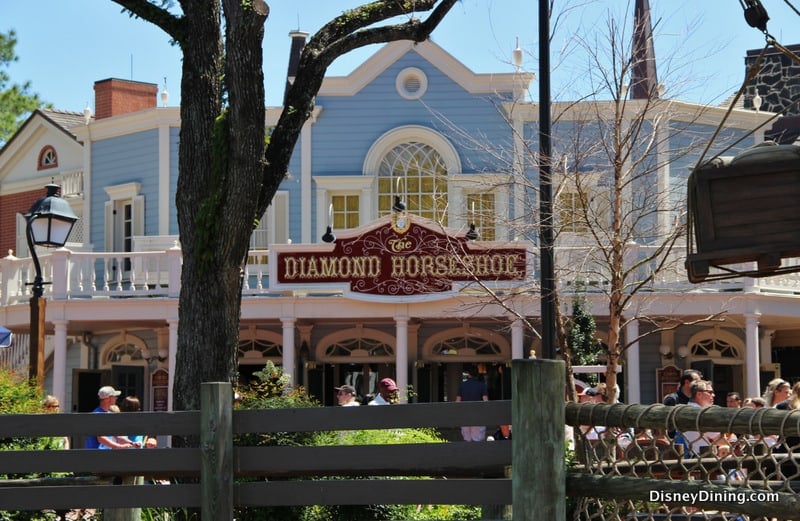 We discussed previously how alcohol being served at the Magic Kingdom is a huge deal, as the park historically didn’t serve alcohol at all.  The Magic Kingdom had always stuck to the tradition of no alcohol served to mirror the wishes that Walt Disney himself had when he created Disneyland.  This all changed starting in 2012 when Be Our Guest Restaurant was allowed to serve alcohol with the dinner service.  Since then alcohol service was extended to Cinderella’s Royal Table, Liberty Tree Tavern, Skipper Canteen, Tony’s Town Square and the recently announced Crystal Palace and The Plaza Restaurant.  We are now hearing that alcohol service was also extended to The Diamond Horseshoe.  Alcohol is still only served during table service meals at the Magic Kingdom and hasn’t ventured into quick service locations at the time of this posting.

The official alcohol menu selections haven’t been posted to the restaurant’s page on the Disney website yet, but we expect that alcohol offerings would include a selection of beers, wines and maybe signature mixed drink.  This would be fitting with the other offerings at Magic Kingdom table service restaurants.

How many of you like to check out the Diamond Horseshoe when you are in Walt Disney World?