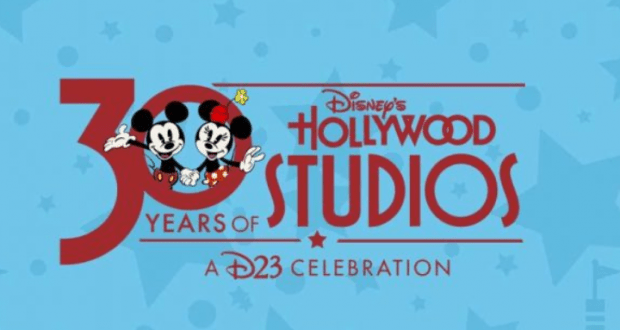 We previously announced that there would be happenings at Walt Disney World to celebrate the 30th Anniversary of Disney’s Hollywood Studios.  We have learned of another special offering just for D23 members.  D23 Gold and Gold Family Members were given the opportunity to purchase a D23 30th Anniversary FAN Celebration Pass.  The pass gives members a variety of special extras and exclusive activities.  The tickets have already gone on sale and sold out, but if you are curious about what the offering includes, we have the details below:

Throughout the day, attendees are welcome to explore the magic of the movies, meet fellow Disney fans, and celebrate 30 years of Disney’s Hollywood Studios!

Here is an advisory from D23: Filming, photography, and other recording will take place at Walt Disney World during the event you will be attending. The Walt Disney Company will be taking photos and filming at Disney’s Hollywood Studios, located at 351 S. Studio Dr., Lake Buena Vista, FL 32830. By entering the premises, you irrevocably consent to and authorize The Walt Disney Company, its affiliates, successors, and assigns (collectively “Producer”), to photograph you, make sound recordings of you, and use such photographs and recordings throughout the world, for any purpose whatsoever in perpetuity, including, but not limited to, television broadcasts and home entertainment products, including, but not limited to, home video and DVD. All such photographs and sound recordings will be the sole property of Producer.

Was anyone out there lucky enough to purchase this amazing offerings?