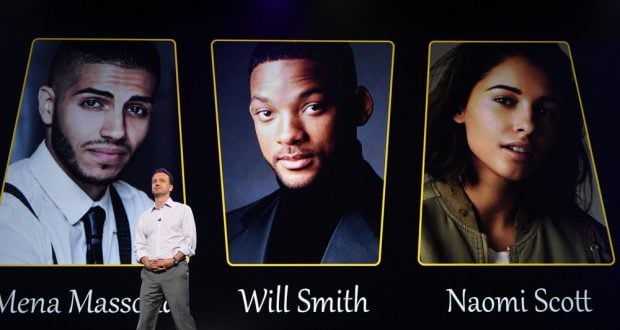 D23 Expo Day Two Round Up and Photos

The second day of the D23 Expo in Anaheim, California has ended. There were two major panels with lots of information released to those in attendance. One was the Disney Parks and Resorts panel, in which things like the new Tron ride at the Magic Kingdom, the opening date of Toy Story Land (summer, 2018), a Guardians of the Galaxy ride at Epcot, and the name of Star Wars Land (Star Wars: Galaxy’s Edge) were all announced. We’ve already added a full recap of the parks announcements here at DisneyDining.Com. Here is the information from the major morning panel; Disney, Marvel Studios & Lucasfilm – Live Action at The Walt Disney Studios.

The Live Action panel, as many people called it, was so popular that hundreds of people camped out overnight in order to get a seat. They were not let down. There have been plenty of surprise guests and announcements in past Live Action panels, and this year did not disappoint.

The event started with a montage of current and future Disney films. Alan Horn, the Chairman of Walt Disney Studios, was then introduced. He stated that the top five live action films from 2016 were all from Disney, and so far 2017 seems to be headed in the same direction.

The first film that was featured was the upcoming A Wrinkle in Time. The director and several members of the cast, including Oprah Winfrey and Reese Witherspoon, were bought onstage. They all explained what the film means to them. Then a teaser trailer was played, to the delight of the crowd. The poster for the movie was also shown, and it was announced that each member of the audience would receive a poster. A Wrinkle in Time is set to be released on March 9, 2018.

A risky but highly anticipated movie was mentioned next. Mary Poppins Returns takes place in London approximately 25 years after the much loved original, during The Great Depression. It features Michael Banks and his family. Mary Poppins will be played by Emily Blunt, and she was at the panel. Filming finished up just a few weeks ago. A montage of scenes was then played, while composer Marc Shaiman conducted the Disney Orchestra. Mary Poppins Returns is scheduled for a Christmas Day release in 2018.

There were then some announcements of upcoming live action films. They include Mulan, The Jungle Cruise (starring Dwayne Johnson), and Aladdin. The role of Aladdin will be played by Mena Massoud, Jasmine will be played by Naomi Scott, and Will Smith will take on the role of Genie. Also announced was a live version of Dumbo, directed by Tim Burton. After these announcements were made a trailer for the live version of The Lion King was shown.

The next segment featured Lucasfilm. Most of the discussion was about Star Wars: The Last Jedi, which is scheduled to be released on December 15, 2017. Director Rian Johnson was in attendance, as were cast members Daisy Ridley, John Boyega, Gwendoline Christie, Laura Dern, Benicio Del Toro, and Kelly Marie Tran. After talk of the new roles Mark Hamill joined the group, and Carrie Fisher was mentioned as well. A behind the scenes reel was then played for the audience.

The final part of the panel was all about Marvel and the tenth anniversary of Marvel Studios. Much of the talk centered around the upcoming Avengers: Infinity Wars. The movie is only halfway through its shooting schedule, but several of the actors were flown in from Atlanta for D23. Those in attendance included Robert Downey Jr., Benedict Cumberbatch, Chris Hemsworth, Anthony Mackie, Elizabeth Olsen, Paul Bettany, Tom Holland, Chadwick Boseman, Karen Gillan, Don Cheadle, and Mark Ruffalo. It was promised that Avengers: Infinity Wars has “almost every hero” in it. The entire panel ended with a film that showed some of the highlights of the past ten years with Marvel Studios. (photos courtesy of D23) 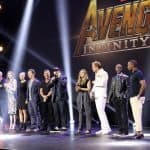 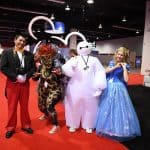 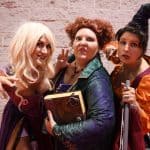 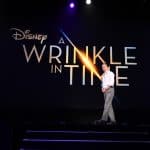 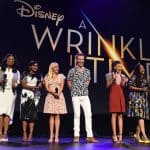 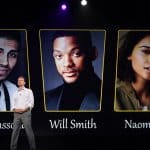 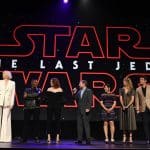 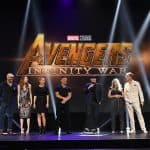 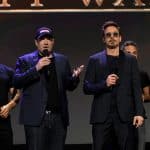 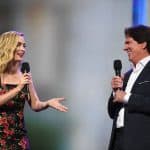 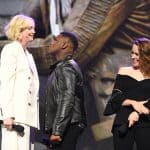 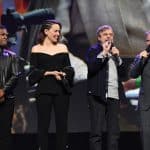 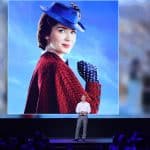 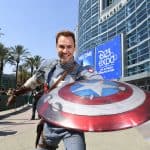 2017-07-16
PaulaK
Previous: Major Announcements From the D23 Parks Panel
Next: 35 Magical Disney Tattoos That Will Make You Want to Get Inked