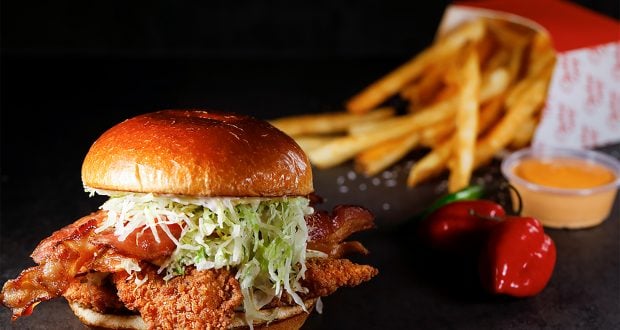 Even though Chicken Guy! has been open at Disney Springs for a while, the official grand opening took place on Thursday, August 30. On hand for the occasion were the two creative forces behind the new eatery; Celebrity Chef Guy Fieri and Restauranteur Robert Earl. The two teamed up for the new menu at Planet Hollywood, and now they are working together again on Chicken Guy!

The premise behind Chicken Guy! is that they want to serve food that provides, according to Earl, “value, variety, and quality”. Part of the reason why they decided on a chicken place is because it is easy to keep the costs down, since chicken is relatively inexpensive. The chicken is first cooked in a pressure cooker, and then it is either fried or grilled. You can order your chicken as tenders, in sandwiches, or as part of a salad. One thing that makes Chicken Guy! unique is the sauces. There are 22 to choose from! They range from sweet to hot. If you want more sauce or want to try another while you’re there, you don’t have to get back in line. Employees with belts filled with sauce containers make the rounds, pouring more sauce as needed. I chatted briefly with Robert Earl, who told me that his two favorite sauces are barbecue and Guy’s Special Sauce. He prefers the sweet sauces over the hot ones.

Another aspect of Chicken Guy! is Flavortown. Featured are milkshakes in creative flavors such as Triple Double Mint and Cinnamon Apple. The shakes currently cost $4.99, and are larger than you might think.

Chicken Guy! is located on the back of Planet Hollywood. The space is not that big, and there is limited indoor and outdoor seating. If you’re looking for a fresh, filling meal at Disney Springs that won’t eat up too much of your vacation budget, you might want to check it out. 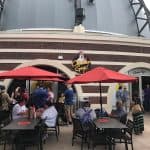 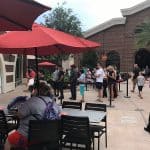 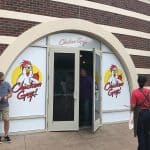 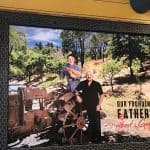 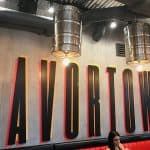 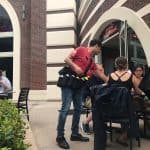 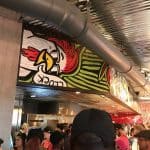 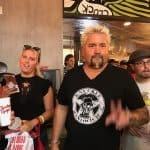 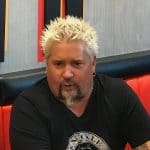 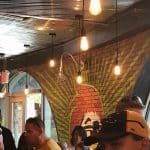 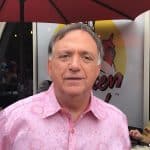 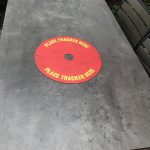