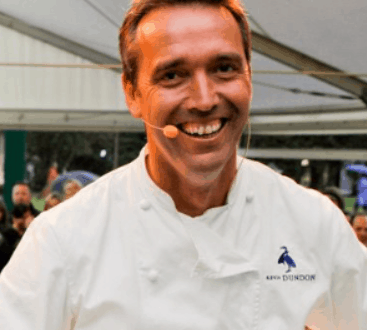 Raglan Road Irish Pub, located in Disney Springs at Walt Disney World, is an extremely popular dining and hangout venue.  The restaurant and pub is a popular location to celebrate holidays and other special events and is a must-visit spot for many guests during their Walt Disney World vacation.  We have learned that celebrity Chef Kevin Dundon has left his role as chef partner, starting on December 20th.  He has been in the role since the location first opened in 2005.  Paul Nolan and John Cooke are the other managing partners and remain partners after Chef Kevin Dundon leaving.

The departure was announced via a press release.  He stated that he has commitments to his luxury hotel, Dunbrody House, and his cooking school.  He wants to lessen the amount of travel back and forth between Ireland and the United States so that he can focus on his family and the other business ventures.  There are still ongoing discussions about some of the menu items and whether they will remain on the menu.  Dundon has stated that he doesn’t have an issue with the recipes remaining on the current menu, but we may see changes after the discussions are complete.