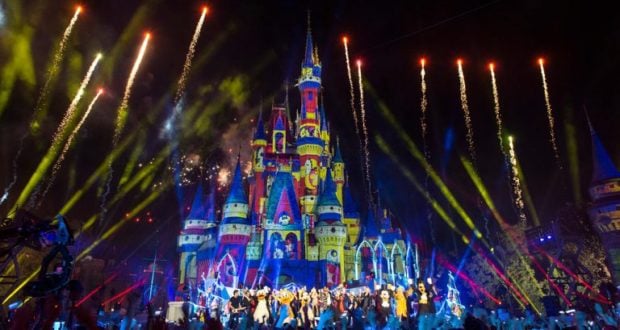 If you enjoy watching the Disney holiday specials, then you will want to tune into ABC on Thanksgiving Night. The Wonderful World of Disney: Magical Holiday Celebration will kick off the holiday season on Thanksgiving night, November 28th, 2019 at 8PM EST. You can watch on ABC or via the ABC app. The hosts for the event will be Matthew Morrison, singer-songwriter and TV host Emma Bunton, as well as TV host Jesse Palmer as they present the two-hour prime-time special from Cinderella Castle at Walt Disney World Resort in Florida and Sleeping Beauty Castle at Disneyland Resort in California. This will be a great time to get a look at the parks for those of us who are missing a dose of Disney!

Check out this fun video ahead of the special:

Not only will viewers get a look at different Disney Parks, there will also be a look at the upcoming new attraction, Star Wars: Rise of the Resistance which is set to open in Star Wars: Galaxy’s Edge on December 5th at Disney’s Hollywood Studios and January 17th at Disneyland park in California.

There will also be other specials throughout the holiday season. The Disney Channel Holiday Party at Walt Disney World will be on Friday, December 13th from 8 PM to 8:30 PM EST on Disney Channel and the DisneyNOW app. The Disney Parks Magical Christmas Day Parade will debut on Wednesday, December 25th from 10 AM through 12 PM EST and 9 AM though 11AM CST/MST/PST.

Who will be tuning in on Thanksgiving night?