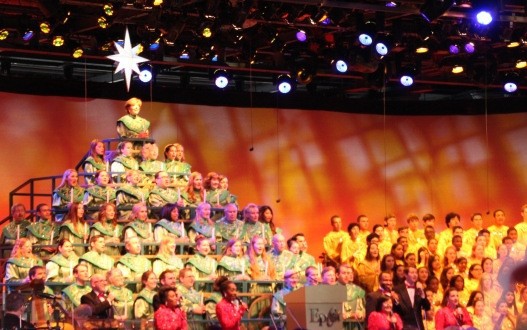 The Candlelight Processional is a holiday event offered at Epcot each year where a celebrity narrator tells the traditional story of Christmas along with a choir and a 50-piece orchestra.  We are so excited that tonight is the first official night that the Candlelight Processional returns to Walt Disney World for another holiday season.  The event is a guest favorite and is typically packed during the performances held each night.

This year’s list of celebrity narrators has been announced and ae listed below:

Who plans to see one of the performances of the Candlelight Processional during the 2018 season?