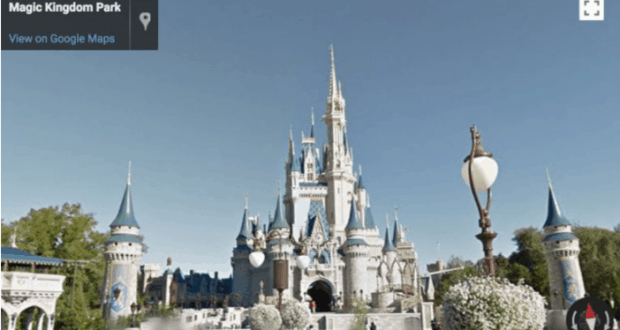 If you want to get another look at Walt Disney World (or Disneyland in California) to tide you over until your next Disney vacation, you can now check them out on Google Street View right from your phone or computer.  Disney Parks Blog announced today that 360-degree panorama views have been launched for guests to view. These new amazing images on Google Street View include all of the theme parks and water parks, plus Disney Springs (and Downtown Disney at Disneyland in California).

Here is a look at the view within Epcot:

These amazing images of Walt Disney World were taken using Street View Trekker.  It is a wearable backpack with a built-in camera system on the top of it.  It is worn while the operator walks through the various areas to gather all of the images.  These images are then put together to create the panoramic views and walkways.

Here is the full list of locations within Walt Disney World and Disneyland that were captured using this technology and uploaded to Google Street View:

Who else out there will be heading to check this out in Google Street View?