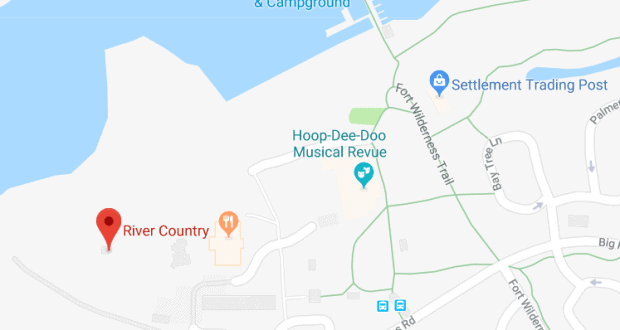 We love when we hear news of possible new things coming to Walt Disney World.  We learned some interesting news that could mean new development planned in the Fort Wilderness area.  The old River Country Site close to the resort has become the subject of permits that have been filed.  These new permits were filed on March 5th, 2018 and stated the permit would be to “conduct a geotechnical investigation to assess the suitability of subsurface soils.”  This sounds like they will be determining the condition of the soil for possible construction and development.

River County was a water park at Walt Disney World that first opened to guests on June 19th, 1976.  It closed forever on September 1st, 2002 when it was supposed to only close for maintenance and then never re-opened.  The area has been abandoned and closed off to guests.  It has also been the subject of several rumors and mystery due to the unexpected permanent closing and the way that the park was left.  There have been guests that have gone as far to sneak onto the grounds and take video and pictures, which is a HUGE Disney no-no.  We have wondered for years when Disney might do something with the area, and it looks like there could be consideration for something to go in the area.

We don’t know yet what Disney is thinking about doing with the area, but it is very possible that a resort expansion for Fort Wilderness could be an idea given the popularity of the resort.  Of course, we will update you all as soon as we learn more.

What do you all think Disney could be planning?  What would you like to see happen with the area?