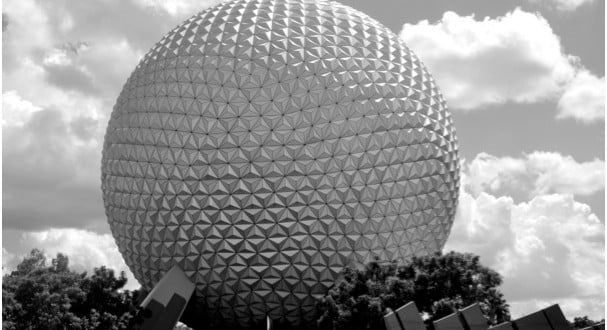 According to WDWMAGIC.Com there were some signals this morning that the Guardians of the Galaxy attraction rumored to be replacing Ellen’s Energy Adventure might have greater scope than a simple building makeover.

Height test balloons have been used for previous expansion projects including Fantasia Gardens.

Quoting from an earlier article from WDWNewToday about the project.

“While we can’t say much about that project yet, it seems the Guardians of the Galaxy attraction that will replace the Universe of Energy has already been approved and is moving forward.”

“Rumors indicate that Bob Chapek, the new chairman at Walt Disney Parks and Resorts, was key in the decision. Chapek spent 3.5  years in charge of Disney Consumer Products, but this is his first role in the Parks and Resorts division of the company.”

The current Universe of Energy attraction features Ellen DeGeneres and Bill Nye the Science Guy as Ellen’s brain becomes a time machine that transports you through primeval forests where dinosaurs dwell.

Ellen falls asleep and dreams she’s a contestant Jeopardy. Unfortunately, the category is energy, a topic she knows nothing about.

The Universe of Energy has been in Epcot from the beginning opening in 1982 but was updated in 1996.

Disney has not yet confirmed or made any announcements about this project.