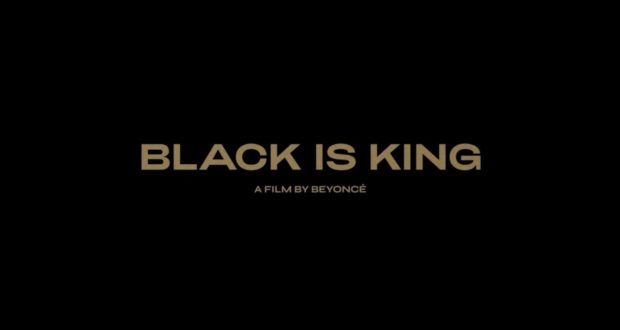 BLACK IS KING, a Visual Album by Beyonce, to Stream Exclusively on Disney+ July 31

Disney+ took to Twitter with a one minute teaser (shared below) to announce a new visual album from Beyoncé — “Black Is King,” inspired by “The Lion King”. The visual album is scheduled to stream exclusively on Disney+ July 31.

According to FoxNews, “Black Is King,” written, directed and executive produced by Beyoncé, will premiere globally on Disney Plus on July 31, 2020. That’s just after the one-year anniversary of the theatrical release of Disney’s “The Lion King” remake, for which Queen Bey voiced Nala (and which launched on Disney Plus in January).

“‘Black Is King’ is a celebratory memoir for the world on the Black experience,” Disney and Beyoncé’s Parkwood Entertainment said in announcing the visual album. “The film is a story for the ages that informs and rebuilds the present. A reunion of cultures and shared generational beliefs. A story of how the people left most broken have an extraordinary gift and a purposeful future.”

According to the companies, Beyoncé’s visual album reimagines lessons of “The Lion King” for “today’s young kings and queens in search of their own crowns.” The film was in production for one year with a cast and crew that represent “diversity and connectivity.”

2020-06-29
Jamie Sylvester
Previous: Disney’s Animal Kingdom Lodge – Jambo House Is Set To Reopen July 10
Next: What Is Walt Disney World Planning To Do To Protect Parkgoers From COVID-19