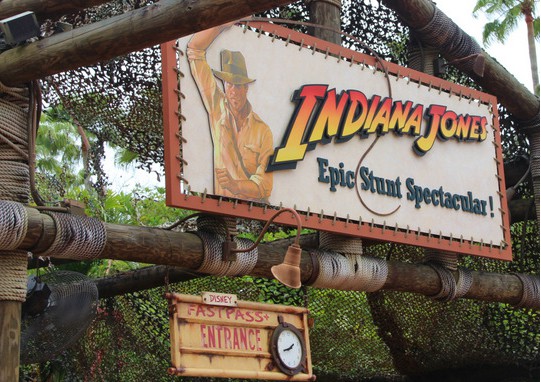 There are two big stories brewing that might signal that a Star Wars Land is finally coming to Disney’s Hollywood Studios.

Cast Members working at the American Idol Experience at Disney’s Hollywood Studios have been recently told that the attraction will be closing in early January 2015.  The close is not that surprising.  The show has never really gotten solid traction and it seems Disney is ready to pull the plug.

A statement was posted between the Walt Disney World Company:

“After more than five successful years, The American Idol Experience will be coming to a close at Disney’s Hollywood Studios theme park in January 2015. Our partnership with FremantleMedia and 19 Entertainment has been a great addition to the park and we are very appreciative of the amazing cast and guests who have devoted their time and talent to make this experience special and memorable. We are incredibly proud of the more than 2,000 Dream Tickets that have given guests a chance to live their very own Cinderella story and audition for ‘American Idol’. This past season alone, three of the Top 13 contestants were originally discovered through The American Idol Experience and we expect the attraction to continue providing top contestants for ‘American Idol’ XIV in the coming year.”

According to Disneyatwork.com, the Indiana Jones Stunt Spectacular will also be closing as well and both of these changes are being made to make room for an upcoming Star Wars Land.

“My sources also suggest that Indiana Jones Epic Stunt Spectacular is also slated to close at the end of the year. All of this is happening to make way for the major Star Wars additions coming to Disney’s Hollywood Studios. It will surround that end of the Echo Lake corner of the park, and supposedly extend further out as well, though in what direction(s) is uncertain. What is coming in remains to be formally announced, as the attraction is also being tied to a very anticipated follow-up series starting in 2015.”

If true, this would be exciting news for Star Wars fans and a needed update to some dated attractions at the Studios.