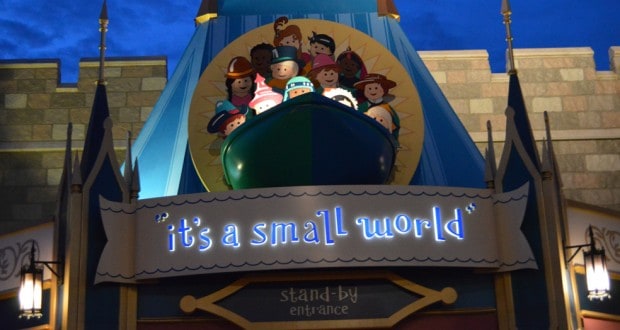 Are There FastPass+ Selections That We Should Avoid at Walt Disney World?

FastPass+ is a system that allows guests to reserve three rides or attractions ahead of time. If you’re staying at a Walt Disney World Resort hotel you can make your choices up to 60 days in advance. For everyone else, it’s 30 days. Making your selections is easy, just sign up for My Disney Experience online or download the app. Link your tickets to your account and make your choices. You can make three advance selections per day, and they all have to be in one park. Once you’re at Walt Disney World you can make a fourth reservation, but it has to be at a FastPass+ kiosk and you need to have used all three of your previous selections. Since you’re limited to three choices a day, make your selections wisely. You don’t want to waste them. Here are some rides and attractions that you don’t really need a FastPass+ for. Just because a ride doesn’t make this list doesn’t mean that it will have a long stand-by line, and on a busy day you’ll end up waiting for these as well. This list is meant to help you plan and make the most of FastPass+. Attractions are listed alphabetically by park.

The heart of the Walt Disney World magic can be found at the Magic Kingdom. Just seeing Cinderella Castle can give anyone chills. There are more FastPass+ choices at the Magic Kingdom than there are at any of the other parks. There are also more must-do’s, so keep those in mind when you make your selections. Here are a few rides and attractions that you probably won’t need a FastPass+ for, except on the most crowded days of the year.

Dumbo is a Walt Disney World classic, and is a must-do ride. Capacity was doubled with the Fantasyland expansion, cutting down the stand-by time. The wait is now also indoors. You’ll be given a pager, and adults can sit down while the kids play. Dumbo the Flying Elephant has one of the more enjoyable waits at the Magic Kingdom.

Another classic, the line for “It’s a small world” moves fairly quickly. The Wait Time is manageable most days, and you’ll wait out of the sun. On peak days there will be a long line.

Many people can’t handle the spinning motion of this ride, even if they don’t have a problem with motion sickness on other attractions. It’s also easy to walk right by, it’s often skipped altogether. There is usually a fairly short wait.

The theater is large, and the line is indoors. Except for peak times, it is rare that you will have to wait more than one or two film cycles to see Mickey’s PhilharMagic.

This live show has an indoor line and a big theater. Guests first wait in one area, then move and wait again outside of the theater. You’ll probably have to stand around a few minutes, even if you have FastPass+. On many days a FP+ won’t get you in to see the show any faster.

Under the Sea ~ Journey of the Little Mermaid – Fantasyland

The stand-by line for a trip inside Ariel’s story could be a bit longer than the other rides on this list, but it’s usually not too bad. If the line is long use this for your fourth FastPass+ choice, or wait until the evening when some of the families have cleared out and ride then stand-by.

The FastPass+ system at Epcot is in tiers. In order to use the service you will need to choose one item from Tier One and two from Tier Two. Walt Disney World changes the selections around from time to time, so nothing here will be listed definitively as Tier One or Tier Two.

Journey Into the Imagination With Figment – Future World

There is rarely a line for this much complained-about ride, even on peak days. It’s not easy to find, and many guests say that it’s not worth the time. Even if it’s on the top of your must-do list, you most likely won’t have to wait very long.

Living with the Land – Future World

Disney fans collectively scratched their heads when this was made a Tier One attraction against park favorites such as Soarin’ and Test Track. Living with the Land should be a FastPass+ choice only if nothing else is available. There is rarely a line for this slow moving boat ride through the Epcot greenhouses, and it’s on few must-do lists.

If you and your party love Finding Nemo, you will want to climb aboard a clamobile and search for the mischievous clownfish with Marlin, Dory, and the gang. You just won’t want to waste a FastPass+ on it. The stand-by line often moves as quickly as the FP+ line, and even if there is a wait you’ll be indoors.

This is the other Walt Disney World theme park that uses tiers for FastPass+. It works the same way that it does at Epcot. One quick word about Disney’s Hollywood Studios; the park is in transition. With new lands based on Toy Story and Star Wars on the way, attractions are closing with little notice. If there’s something that you want to experience, you’d better book your trip now.

Beauty and the Beast-Live on Stage – Sunset Boulevard

A good rule of thumb to follow with the shows is to avoid the first show of the day if you don’t have a FastPass+. Otherwise, ask a Cast Member at the entrance when you should return in order to get a seat. It’s not a bad idea to arrive a little bit early for Beauty and the Beast on a hot day, because some of the seats are in the sun.

If you’re scared that your littlest ones won’t have much to do at Disney’s Hollywood Studios, you might want to use this as one of your selections. Otherwise, avoid the first show of the day and you should be fine.

Again, arrive early, or don’t go to the first show of the day. This show is rumored to be on the way out, so if it’s that important to you, you might want to use a FastPass+ after all. You may also want to grab one if you hope to be picked to be part of the show, or arrive extra early for the show in question.

This 3D movie usually has little wait, it’s not uncommon to be able to walk right in for the next show. There is plenty of seating inside the theater. It has been announced that there will be changes to Streets of America, at this time Muppet*Vision 3D appears to be safe. That could change in the future.

Disney’s Animal Kingdom does not use tiers for FastPass+. It also has the fewest selections of any of the parks. Here are the FastPass+ choices that aren’t as necessary.

Festival of the Lion King – Africa

There are plenty of performances of Festival of the Lion King throughout the day, so if you time things correctly you won’t miss it. The first show of the day will usually be the most crowded. There is an exception here. If you hope to be seated close to the floor, use FastPass+.

Again, the first show of the day will probably be the most crowded. The show is performed several times daily, and the theater holds 1,500 guests. If you arrive 20-30 minutes before show time you should be able to get a seat.

It’s Tough to Be a Bug! – Discovery Island

It’s Tough to Be a Bug! is a 3D film that takes place inside the Tree of Life. The film is less than ten minutes long, and it runs continuously throughout the day. If there is a bit of a wait don’t worry, the queue is fascinating.