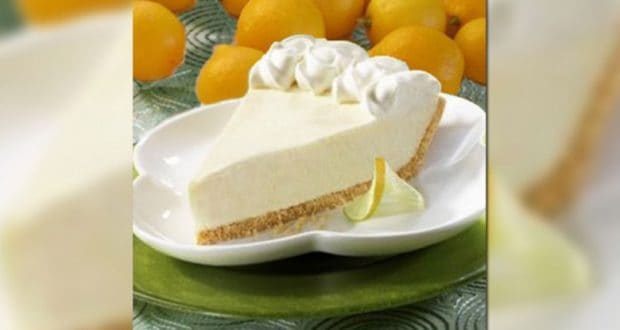 What exactly is “Chris’s Cold Pie”? This recipe from D23.com comes with a little history from the Walt Disney family and dates back to the 1960’s. Walt’s first grandchild, Christopher Disney Miller, was given the honor of naming this yummy lemon pie. So, he simply called it “Chris’s Cold Pie”. Check out the story and recipe below to have a little taste into the history of Walt’s family’s love of pies!

Born in Illinois and raised in Missouri, Walt Disney was a quintessential Midwesterner — and a man who preferred plain foods. As is well known in Disney circles, his favorite culinary delicacies were chili and beans, which he ate with soda crackers and a glass of V-8 tomato juice, and roast beef hash. He also liked other home-style foods like soups, stews, cheeseburgers, steak, fried potatoes, western omelets and the silver dollar-sized pancakes at Biff’s diner in Hollywood.

As far as sweets were concerned, he poured a mean chocolate ice cream soda, and according to an interview that his daughter Diane Disney Miller gave to a Walt Disney World Chef Mary Schaefer in May 2001, their cook prepared a dessert every night. Diane said Walt’s favorites were Apple Brown Betty, custards, bread pudding, baked apples, red jello with fruit, lemon snow pudding, gingerbread and a cookie made with chow mein noodles and melted butterscotch. But most of all, Walt loved pie for dessert — the tops being apple, boysenberry and a special lemon chiffon pie with a graham cracker crust.

In the 1960s, the Disney family recipe for that special lemon pie was published in Mamie and Ike Eisenhower’s Cookbook in honor of Walt’s first grandchild, Christopher Disney Miller. Young Chris was given the honor of naming the pie for posterity, so he simply called it “Chris’s Cold Pie” — naturally!

1. In a small bowl, beat egg yolks with lemon juice and water just until combined.

2. Mix gelatin, half the sugar and the salt in the top of a double boiler.

7. Remove from ice when mixture thickens enough to mound when dropped from a spoon.

8. Meanwhile, beat egg whites (at room temperature) in a large bowl until soft peaks form when beater is raised.

9. Gradually add remaining sugar, 2 tablespoons at a time, beating well after each addition.

10. Continue beating until stiff peaks form when batter is raised.

2020-05-20
Jamie Sylvester
Previous: “Behind the Camera” Series: Backstage in the ‘Balloon Room’ at Magic Kingdom Park
Next: Fuel Your Force with “Yoda Cucumber Bites”!