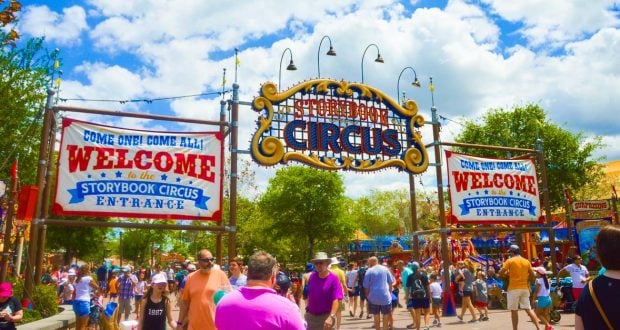 The Magic Kingdom is where it all started in Central Florida. When most people think of Walt Disney World, they will immediately picture Cinderella Castle. You will want to make every second that you spend at the most popular theme park in the world count. Here are nine do’s and don’ts to help you maximize your time.

The Magic Kingdom fun starts before the park ever opens. The Magic Kingdom Welcome Show takes place approximately 5 minutes before rope drop. It will get you in the mood for a day with Mickey and the gang! You will want to arrive an hour or so before that to have a chance to explore Main Street U.S.A. before the official park opening. An added benefit of arriving early is that you will then be able to get right into line for a popular attraction that you could not get a FastPass+ for.

The Magic Kingdom is a lot bigger than most Walt Disney World rookies realize. If you have never been there, learn all that you can before you leave home. Study the park map so that you’ll have an idea of what is where. Learn about the rides and attractions, and make sure you know which are the most important ones to hit. If you don’t have a plan, you’ll waste time and miss out on something great.

7. DO: Make Your FastPass+ Reservations Early

As soon as you are eligible, make your FastPass+ reservations. If you’re staying on property you can make them 60 days out, for everyone else it is 30 days. The Magic Kingdom has some attractions that will run out before the day in question, in fact on busy days they might be gone at the 60 day mark. One great strategy with FastPass+ is to make your selections for as early in the day as you can. When you’ve used all three, you’ll be able to make a fourth FastPass and so on until the park closes. We are always looking for one less line to wait in.

Speaking of FastPass+, it is possible to make bad choices at the Magic Kingdom. Since you only get three selections ahead of time, you should make them for the most popular rides. The mountains and Seven Dwarfs Mine Train are always good choices. Peter Pan’s Flight FastPass+ also tends to run out early. The parade is some people’s top choice, but if you can’t grab that don’t worry, there are still many great places to watch. Attractions that have large capacity, such as Mickey’s PhilharMagic, Monster’s, Inc. Laugh Floor, and “It’s a Small World” shouldn’t be near the top of your list.

5. DO: Check Out Storybook Circus

When people think about Fantasyland, often they will picture the Prince Charming Regal Carrousel and Be Our Guest Restaurant area. Too often, the other area in Fantasyland, Storybook Circus, is overlooked. Guests may ride Dumbo the Flying Elephant and the Barnstormer, and then head to a different part of the park. Don’t make that mistake. Big Top Souvenirs is worth a stop, the place is huge and the layout of the store is such that it feels less crowded than other Magic Kingdom shops. Next to Big Top Souvenirs is Pete’s Silly Sideshow. If you love classic characters, you’ll want to stop by. This is almost a hidden gem for character greetings. You can currently meet Pluto and Daisy and Goofy and Donald as circus performers. There are two lines (two characters each) and they move quickly. Storybook Circus is also where you’ll find Casey Jr, Splash ‘n’ Soak Station. The kids can play and cool off on a hot day, and you can take a short break. Don’t hurry through Storybook Circus or use it just as a stop on the Walt Disney World Railroad. Take some time and enjoy the area.

Two of the most popular Walt Disney World restaurants are found in the Magic Kingdom. Be Our Guest Restaurant allows guests to dine inside Beast’s Castle. Cinderella’s Royal Table is a character meal featuring some of the most popular Disney princesses. You will want to have a reservation at either restaurant, no matter which meal you’ll be eating there. Dining reservations can be made 180 days in advance, and on the most crowded days of the year these two restaurants will fill up that quickly. If you don’t have reservations for any table service restaurant at the Magic Kingdom, don’t worry. There are many great quick service options to choose from.

There is something special about a Disney parade. You’ll see many of your favorite characters, and you’ll feel some of the Disney magic. Don’t skip this, especially if it is your first trip to Walt Disney World. If you don’t have a FastPass+, show up early, and ask a Cast Member for a recommendation for a good viewing spot. Don’t show up five minutes before the parade and try to push your way to the front of the crowd, that’s just rude.

PhotoPass is great, but there are many awesome picture spots in the Magic Kingdom that you’ll want, and there aren’t photographers at all of them. Do not leave your camera at home. If your phone has a good quality camera, use that so you won’t have to carry something extra all day. Take pictures of pretty much everything. When you’re back home and having a bad day you’ll find yourself pulling out your pictures, and they’ll bring a smile to your face.

1. DO: Stay for Happily Ever After

A Magic Kingdom day can take a lot out of you, especially if you arrived before the park opened. After you’ve hit all the rides you might be tempted to skip Happily Ever After and head back to the hotel for a good night’s sleep. After all, they’re “just fireworks”, right? Wrong. Happily Ever After is one of the coolest displays that you will ever see. It’s not just fireworks. It’s SO much more. If you decide to leave early, you will be missing out on the best way to end a day at the Magic Kingdom.