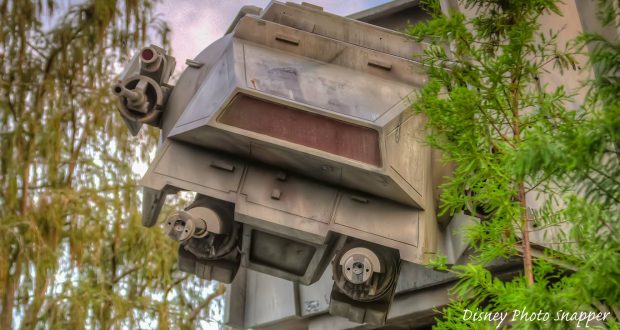 It never hurts to show up as early as possible to any of the Walt Disney World theme parks, and Disney’s Hollywood Studios is no exception. Don’t assume that the park won’t be crowded because of the current construction. With so many walls up, it feels smaller than ever, but there are still plenty of people there. Here are seven things that you should do as soon as you arrive at Disney’s Hollywood Studios. Some of them can be done while you’re waiting before rope drop.

As soon as you get to Disney’s Hollywood Studios pick up a park map. Study it while you’re waiting for the park to open for the day. It doesn’t hurt to have a plan for where you’ll head once you’re inside, so map out your route.

When you get your map, grab a Times Guide as well. Figure out which shows you want to see, and then check your FastPass+ times and dining reservations. You can then make a plan for the day. Like learning the map, this can be done while you’re waiting for rope drop. You can check the My Disney Experience app for show times, but having a Times Guide is easier. You won’t have to keep pulling out your phone, and the Times Guide won’t drain your battery like the app will.

A third thing that you can do while waiting for Disney’s Hollywood Studios to open is to check where the characters are going to appear. You can get a general idea from both the park map and the Times Guide, but you will eventually want to check the My Disney Experience app for this one. The classic characters at Disney’s Hollywood Studios tend to move around a lot, so they might be in a different place than they were in the last time you visited. Don’t forget to close the app once you’ve finished to save your battery.

If you’re a Star Wars fan, you’ll want to ride Star Tours – The Adventures Continue more than once. There are many different ride combinations, including chances to visit different planets and see various characters. It is highly unlikely that you’ll have the same ride twice in a row, so if you want to get the full experience plan to ride several times throughout the day.

The Great Movie Ride isn’t really something that you must hit early if you’ve never been before. That said, if all that you know of the ride is the Mugsy scenario, you need to ride it in the morning. During the early hours of the day there’s more of a chance that there will be two different robbers. The first one is still Mugsy, who will be hijacking trains all day long. In the second scenario there is a cowboy (or cowgirl) who will rob the bank before scaring off your guide and taking over the train. Ask a Cast Member if both scenarios are taking place, and if so ask again once you’re getting close to boarding if you can get on the cowboy’s train. It’s a fun twist if you’ve never done it before.

2. Head to the Other Tier One Attraction

FastPass+ uses a tiered system at Disney’s Hollywood Studios. You can pick one ride or attraction from Tier One and two from Tier Two. The park’s two most popular rides, Rock ‘n’ Roller Coaster and Toy Story Mania! are both Tier One attractions. If you plan to ride both, make your Tier One reservation for one of them, and then head to the other immediately after you enter the park. The lines for either ride will grow insane as the day goes on.

1. Sign Up for Jedi Training: Trials of the Temple

If you have a child who dreams of becoming a Jedi one day, he or she can start the journey at Disney’s Hollywood Studios. Kids ages 4-12 can participate in Jedi Training: Trials of the Temple. Shows run throughout the day, but spots for those shows go quickly. If your Padawan wants to be a part, the two of you need to head to Indiana Jones Adventure Outpost the moment that you enter the park. Don’t wait, or you might not get a space. Both you and your child must be there to sign up; you can’t give a name while your son or daughter hits Tower of Terror with another family member.

2016-10-26
PaulaK
Previous: Walt Disney World is Ramping Up Holiday Events at Disney Springs
Next: Do You Know These 6 Secrets About Disney’s Caribbean Beach Resort?