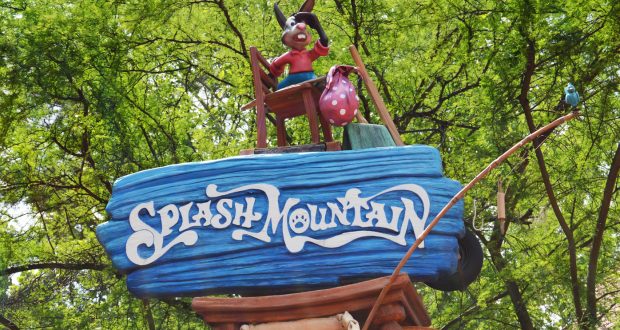 Guests who enjoy a Walt Disney World vacation spend the majority of their time in the theme parks enjoying attractions, dining, entertainment, and shopping. The most popular of the four theme parks is the Magic Kingdom which opened with the Walt Disney World Resort in 1971. The park is home to lands filled with fantasy, adventure, classic experiences, and much more and it is no wonder that guests love to spend plenty of time there on each Disney vacation. While many guests might think that they are very familiar with the Magic Kingdom, there are plenty of hidden details, secrets, and Hidden Mickeys scattered throughout the park that add a level of depth and history. Many guests might overlook these small details and secrets and never even know that they exist! From nods to opening dates and extinct attractions to architectural trickery and magic tricks, there are plenty of hidden secrets for guests to find. Here are eight secrets that most guests don’t know about in Walt Disney World’s Magic Kingdom.

One of the most popular attractions in the Magic Kingdom is Space Mountain in Tomorrowland. The attraction launches guests into space for a thrilling adventure in near darkness that is out of this world. As soon as guests enter into the attraction, they learn that they are in Starport 75 which is an intergalactic space hub where many beings can travel from. While Starport 75 might seem like a random name, the 75 pays tribute to the fact that Space Mountain opened in 1975.

Adventureland in the Magic Kingdom is home to the Swiss Family Treehouse which invites guests to climb high above to see how the Robinson family fashioned their unique home from items salvaged from their shipwreck and new island home. Guests who wander through the Swiss Family Treehouse can enjoy unique innovations, clever props and items, and a Hidden Mickey. Near the top of the tree, guests should check out the trunk where the silhouette of a Hidden Mickey can be found in profile.

One of the most beloved attractions in the Magic Kingdom is Peter Pan’s Flight in Fantasyland. The attraction sprinkles guests with pixie dust and lets them take to the skies to experience the classic story of Peter Pan and the Darling children. One of the most iconic scenes from the attraction has guests fly high over the nighttime streets of London complete with bustling traffic below. While the traffic might seem real, the headlights that can be seen are actually small sots of black light paint on perpetually moving bike chains.

The Haunted Mansion is a favorite attraction of many guests and can be found in the Magic Kingdom’s Liberty Square. Guests who are brave enough to enter can explore a stately manor house which is home to nine hundred and ninety nine happy haunts who provide all sorts of eerie occurrences and happenings. One of the most popular scenes from the Haunted Mansion is the ballroom where guests can spot ghosts having a swinging party including waltzing, blowing out birthday candles, dueling high above, and playing a ghostly organ. While these ghosts might seem completely real, they are created using an old magic trick called Pepper’s Ghost which combines lighting and reflections to create ghostly figures.

Mr. Toad’s Wild Ride was an extremely popular attraction with guests that used to exist where The Many Adventures of Winnie the Pooh can currently be found in Fantasyland. Mr. Toad used to bring guests on a whirlwind drive that ultimately landed them in hell and many guests were sad to see the classic attraction go. While Mr. Toad can no longer be found in the Magic Kingdom, guests can still check out a tribute to him while riding The Many Adventures of Winnie the Pooh. While moving through the scene featuring Owl’s treehouse, guests can spot a painting of Mr. Toad handing over the deed to Owl.

Cinderella Castle is the most iconic structure in all of Walt Disney World and is recognized by millions of people around the world. The beautiful building soars nearly two hundred feet in the air and features beautiful details including a drawbridge, gold spires, and stained glass. While Cinderella Castle may seem as though it is entirely constructed with stones and bricks, guests might be taken aback to realize that is totally not true! The structure is made up of concrete, steel, and fiberglass which are made to withstand hurricane force winds that are common in Central Florida.

Walt Disney’s Enchanted Tiki Room is one of the most classic attractions in the Magic Kingdom and features dozens of birds, flowers, and tikis who serenade guests with a musical performance. Many guests recognize the attraction thanks to its tall structure featuring many layers of thatched roofing. While the thatching might look authentic, guests might be surprised to learn that the thatching is metal and acts as a giant lightning rod to protect those wandering through Adventureland.

Another thrilling and popular attraction in the Magic Kingdom is Splash Mountain in Frontierland. The attraction brings guests on a soaking journey as they follow Br’er Rabbit as he sets of in search of more adventure. While passing through the Laughing Place scene of the attraction, guests can check out a series of gophers who drop down from the ceiling above shouting out in joy. The final gopher in the series appears to be wearing an orange t-shirt and shouts out a series of letters. Guests who listen closely will notice that the gopher yells out FSU and his shirt bears the same letters. This pays homage to Florida State University, the alma mater of many Imagineers who work at Walt Disney World.

2016-05-24
Caitlin Kane
Previous: 9 Things You May Be Missing In Walt Disney World
Next: 6 Gems We Love About Disney’s Polynesian Village Resort