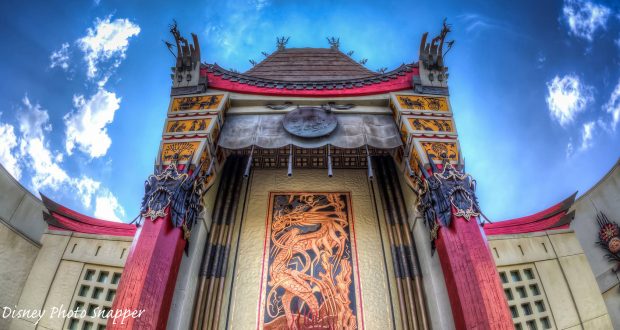 The Disney’s Hollywood Studios that you visit today is not the same park that it was just a few months ago. In the past couple of years several attractions, stores, and restaurants have closed, including the entire Streets of America section. There are construction walls everywhere! The payoff will be worth it, with two new lands eventually on the way. Still, Walt Disney World rookies have no idea what to expect. Here are seven mistakes that you will want to avoid if visiting Disney’s Hollywood Studios for the first time.

You might think that because so many things have closed at Disney’s Hollywood Studios that there won’t be much of a crowd in the park. Think again, it will still be packed. There are just as many people as ever who want to ride Tower of Terror or Toy Story Mania!, and since so much of the park is walled off, the crowd feels bigger than it actually is. There are also several Star Wars themed attractions, which draw in fans of the saga. Arrive early if you want to visit the park when it’s least crowded.

You might think that since so much is closed right now at Disney’s Hollywood Studios that it’s not as important to wear comfortable shoes. Don’t assume that you won’t still be doing a lot of walking. In order to see and do it all, chances are that you will cross the park several times during the day. It’s not the time to break in those new flip flops.

5. Going to the Earliest Show

Disney’s Hollywood Studios has several live shows, and you’ll want to experience as many as possible. The other guests all want to experience them as well. The first show of the day is often the most crowded, so you might want to skip that and go to a later show. This is most important if there are two showings of Fantasmic!. Often the first show is standing room only, while the second show has empty seats. Rookies don’t often realize that, and stand on tired feet for the first show.

FastPass+ at Disney’s Hollywood Studios is in tiers. In advance you can make one selection from Tier One and two from Tier Two. Of course Rock ‘n’ Roller Coaster and Toy Story Mania! (the park’s two most popular rides) are both Tier One attractions. If you’re planning in advance, don’t waste your Tier One choice with anything else, unless there’s nothing left for the day. Also, when it comes to Tier Two, skip Muppet*Vision 3D if there’s something else you want to experience. Muppet*Vision 3D is a lot of fun, but the theater is huge and there’s hardly ever a wait of more than a few minutes.

3. Not Trying the Unique Restaurants

Disney’s Hollywood Studios is home to some of the most unique restaurants that you will find anywhere. If you’ve never been before, plan to have at least one sit down meal in the park! You’ll find two fun themed restaurants, a recreation of a classic from California, delicious Italian food, and chances to dine with two different sets of characters. Restaurant reservations can be made 180 days in advance, so look over your choices and decide which restaurants you and your family want to try. You won’t be disappointed.

2. Thinking There’s Nothing for the Little Ones

Disney’s Hollywood Studios is home to two of the most intense thrill rides at Walt Disney World. Both Tower of Terror and Rock ‘n’ Roller Coaster have height restrictions, as does Star Tours – The Adventures Continue. Because of these rides you might think that there’s nothing for the smallest members of your party. You would be wrong. Kids of all ages love Toy Story Mania!. The Great Movie Ride doesn’t have a height restriction, although some parents think it’s too intense for their kids. There are live shows that your children will love, and everyone will laugh at the antics of Kermit and his friends. Disney’s Hollywood Studios is also where kids can meet Disney Junior characters and Olaf from Frozen, among other characters. Children between 4 and 12 can battle the Dark Side at Jedi Training: Trials of the Temple. (If your son or daughter wants to be part of the live show, head to Indiana Jones Adventure Outpost the moment the park opens. Your child must be with you.) Don’t assume that there’s nothing for the little ones to do at Disney’s Hollywood Studios. The park is great for all ages.

Rookies assume that with all the construction going on that there’s no reason to visit Disney’s Hollywood Studios right now. There are some flaws with that idea. Remember that no time frame has been given on when the Toy Story and Star Wars lands will open. Disney hasn’t even announced a year yet. Do you really want to wait years to try that 13 story drop for the first time? Also, no one knows what the future holds. Very few rides and shows are thought to be safe. If you skip the park on your first trip, something that’s there now might be gone when you return. Finally, don’t you want to experience as much as possible on your rookie Walt Disney World vacation? Skipping one of the parks will leave a hole in your trip. If you want to enjoy as much Disney magic as possible, Disney’s Hollywood Studios needs to be included in your vacation.