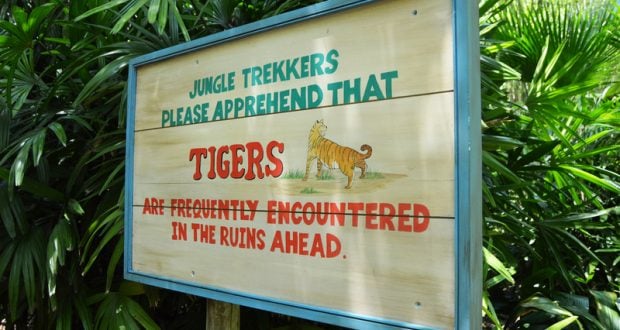 Whether you’re planning your first or your 100th trip to Walt Disney World, you will make mistakes. No holiday is perfect, but with a little bit of planning your rookie vacation will be magical. If you’ve never visited Disney’s Animal Kingdom, here are eight rookie mistakes that you’ll want to avoid.

While this is a normal rookie mistake at all four Walt Disney World theme parks, it is something that can be more common at Disney’s Animal Kingdom. The park is huge, and there are a lot of things to do outdoors. You will be on your feet for a good part of your time there, so make sure that you wear comfortable walking shoes. Use sunscreen and drink plenty of water. Take a break during the day, even if that means sitting on a bench for a few minutes. A little precaution will help to ensure that you feel great while on your vacation.

There is a common theory that Disney’s Animal Kingdom is a “half day park”, meaning that you don’t really need to spend a full day of your vacation there. If you’ve never been before, give yourself a full day. That’s the best way to make sure that you won’t miss anything. Don’t use your Disney’s Animal Kingdom day as a day to sleep in, you should still plan to get there at rope drop. You also don’t want to leave the park too early, or you’ll miss out on the beauty of the Tree of Life at night and the other evening activities. Another assumption that some people make is that Disney’s Animal Kingdom can wait until Pandora – the World of AVATAR has opened. That’s not a good idea, because the park is packed with things to do right now.

In May, 2016, a new full service restaurant opened at Disney’s Animal Kingdom. Tiffins is a signature restaurant that is part great food, part destination. Many Walt Disney World rookies don’t even know that it exists. Located off to the side in Discovery Island, you can dine on the flavors of Asia, South America, and Africa. Entrees include Berkshire Pork Tenderloin, Chermoula-rubbed Chicken, and Roasted Market Vegetable Curry. If you forgot to make a reservation, as rookies will sometimes do, stop by Nomad Lounge next door. Nomad Lounge is also a good place to visit when you need a little bit of time to relax.

Rookies will sometimes look at the list of FastPass+ options at Disney’s Animal Kingdom and assume that because there aren’t that many choices, the service isn’t really needed. The opposite is true, you’ll want to secure three selections because there aren’t very many to choose from. If you’re a thrill seeker make sure that one of those selections is for Expedition Everest – Legend of the Forbidden Mountain. If you time things correctly you’ll be able to ride it at least twice; once using FastPass+ and the other time either early in the morning or late in the day.

There are two extremely popular live shows at Disney’s Animal Kingdom; Festival of the Lion King and Finding Nemo – The Musical. If you and your party love the movies, you won’t be disappointed. Both shows run several times throughout the day, and it’s easy to think that you can just “catch the next one”. Check the show times and decide ahead of time which performance you plan to see. You don’t want to miss out. Also, pick up a Times Guide when you enter the park to see what other shows are taking place. There are some fun live entertainment opportunities that you might not know exist.

3. Rushing on the Trails

Rookies too often think that a day at any of the Walt Disney World theme parks is all about the rides. The more times you go fast or spin around, the better. At Disney’s Animal Kingdom, it’s not all about the rides. The animal trails are incredible, so don’t rush through or, worse yet, skip them. Instead, watch and learn about various species from across the planet. If you have little ones, they’ll adore Affection Section. Make sure that everyone who touches an animal washes their hands when you leave, parents included.

Kilimanjaro Safaris in Africa is a must-do for any Walt Disney World vacation, not just for rookies. You’ll head deep into Harambe Wildlife Reserve to see animals as they go about their day-to-day living. What many rookies don’t realize is that the animals are most active when the park first opens. As the day goes on, they tend to get lazier (just like the rest of us). If you want to see the animals walking around and interacting with each other, ride Kilimanjaro Safaris as early in the day as you can.

1. Trying to Wing It

At Disney’s Animal Kingdom, you need to have a plan. If you show up and wander around, trying to decide what to do next, you’ll waste valuable time. As already mentioned, you’ll want to hit both Kilimanjaro Safaris and Expedition Everest early. You’ll want to know which shows to see, and the best time to arrive for them. You will also want to know where the characters are. Picking up a Guidemap when you enter the park is essential, the layout is harder to navigate than the other three parks. If you don’t have a map, you’ll miss something important. The biggest mistake that a Walt Disney World rookie can make at Disney’s Animal Kingdom is to not have at least a loose plan. You can change that plan if you need to once you’re inside, but don’t show up unprepared. 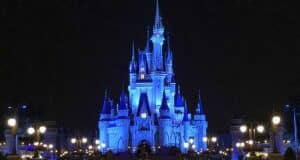 Disney After Hours Events Are Coming Back! Find Out When 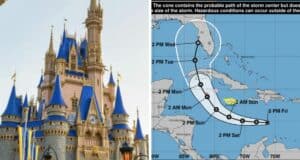