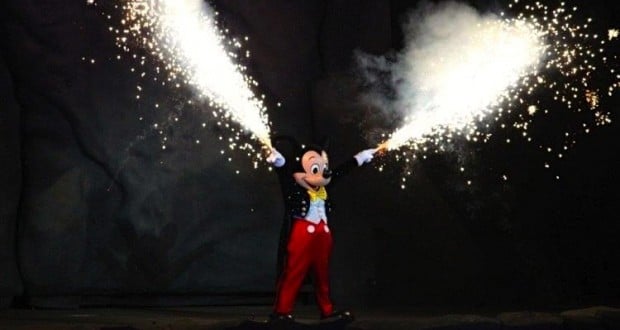 Disney’s Hollywood Studios is a park in transition. Two new lands are coming; one based on the Star Wars universe and the other on the Toy Story franchise. The construction walls make Walt Disney World’s smallest theme park feel even smaller, but it is still worth a day of your vacation. Tower of Terror, Rock ‘n’ Roller Coaster, Toy Story Midway Mania!, Star Tours, The Great Movie Ride, and live shows are all great reasons to spend a day at Disney’s Hollywood Studios. You’ll also find many unique dining options. Don’t forget to make your dining reservations as soon as you can so you won’t miss out. Here are seven tips to help you squeeze everything in during your day at Disney’s Hollywood Studios. For the most part, they are in chronological order.

Squeezing the most out of a day at Disney’s Hollywood Studios begins up to 180 days before you leave home. Make a reservation for the Fantasmic! Dinner Package. You’ll have a great meal, and then you’ll receive a voucher for VIP Fantasmic! seating for the first show. The participating restaurants are Hollywood & Vine, The Hollywood Brown Derby, and Mama Melrose’s Ristorante Italiano. Make sure that it is the Fantasmic! Dinner Package that you book, just eating at a participating restaurant will not get you a voucher.

6. Book Your FastPass+ Choices for Early in the Day

Your second tip for getting the most out of your day also needs to take place in advance. Book your FastPass+ selections as soon as you can, and as early in the day as possible. Disney’s Hollywood Studios uses tiers for FastPass+, you’ll pick one selection from Tier One and two from Tier Two. Once you’ve used your three selections, you can book a fourth FastPass+, which will allow you to squeeze in one more ride or show without having to wait in the standby line.

5. Use Your Tier One FastPass+ for Toy Story Midway Mania!

Finally, a tip for when you arrive at Disney’s Hollywood Studios. Since you’ve used your Tier One FastPass+ on Toy Story Midway Mania!, you’ll need to arrive at rope drop and then head immediately to Rock ‘n’ Roller Coaster. The first hour of the day is the best time to ride because you will see the shortest Wait Time. It’s also a fantastic way to start your day with an adrenaline rush.

With so much at Disney’s Hollywood Studios revolving around Star Wars right now, you might think that you need to ride Star Tours – The Adventures Continue right away. Keep an eye on Wait Times (the My Disney Experience App is the best for this), but don’t rush over to the ride. It’s fairly high capacity and the line moves quickly, there’s no reason to get in line if the wait is long. Chances are the line will die down later in the day. Remember that you’ll want to ride it several times in order to experience all the different worlds. Another thing to keep an eye on is the schedule for Jedi Training: Trials of the Temple. When the show ends the crowd often will immediately get in line for Star Tours, upping the wait by ten minutes or longer. If you watch the show and then plan to ride, stand on the side right next to the Star Tours entrance so that you’ll be able to get in line as soon as it ends.

2. Watch Muppet*Vision 3D Whenever You Need a Break

Muppet*Vision 3D is a fun (but dated) movie starring Kermit and the gang. It’s great for a break when you need to sit down for a little while, or when you need some air conditioning. You’ll be surprised by how hard you laugh, especially if you love bad puns. There is rarely a line for Muppet*Vision 3D, unless it’s raining. The theater is huge, even on crowded days you won’t have to wait for more than a few minutes.

A good rule of thumb to follow when at Disney’s Hollywood Studios is to never catch the first show of the day, unless you have a FastPass+. The first show is usually the most crowded. It is also a good idea to show up at least 15-30 minutes before a show is to start. If the park is crowded, ask a Cast Member at the show’s entrance what the best time to get in line will be.

If you didn’t book a Fantasmic! Dinner Package and there are two shows, skip the first one and catch the second one instead. The first show will usually be standing room only, while there could be empty seats for the second. If you’ve used all of your FastPass+ selections, see if any are still available for Fantasmic!. If you don’t have FastPass+ or a voucher, ask a Cast Member what time would be good to return to get a seat. The timing for seeing Fantasmic! is different from the timing for the other shows in the park, don’t show up 15 minutes before the first show and expect to get in.

2016-03-11
PaulaK
Previous: 7 Most Beautiful Sights At The Magic Kingdom In Walt Disney World
Next: Top 8 Pro Tips for the Beach Club