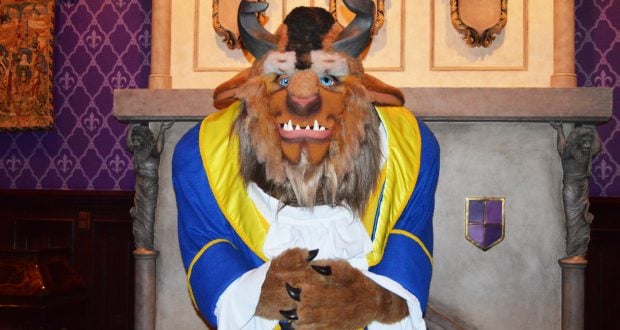 The Magic Kingdom is where it all started in Central Florida. When most people picture Walt Disney World, Cinderella Castle is what will immediately spring to mind. It is where fairy tales come true and happily ever after is indeed possible. The park is also larger than many people expect, especially if they have never been there before. You will not want to waste one moment of your time at the Magic Kingdom. Here are eight tips for getting the most out of the park.

Two of the most popular restaurants at Walt Disney World are located in Fantasyland. What better way to escape reality than to dine inside one of two castles? Cinderella’s Royal Table used to be the hardest reservation to obtain in the park, but now Be Our Guest Restaurant has taken over that spot. If you hope to eat at either restaurant, make your reservation as soon as you can. Start at the 180 day mark if at all possible, because that is when you can begin making dining reservations. If you can’t snag a reservation immediately, keep trying. Six months in advance is a long time, spots will open up as people change their plans.

7. Use The Mobile Order Button

6. Be There For “Let The Magic Begin”

The Magic Kingdom opens at different times each morning depending on the season and day. Be sure to look up the exact time of opening and get to the park at least a half hour before that. Guests who are there early are welcome to enter the park to spend time on Main Street U.S.A. before the park officially opens. Main Street and the hub in front of Cinderella Castle remain open while the rest of the park is still closed. Roughly 5 minutes before the official park opening, “Let The Magic Begin” begins! This is a welcome show held on the stage in front of the Castle with fun music, special characters, and a few fireworks to kick off the day!

To get the most out of the Magic Kingdom, you also need to stay until closing. You do not want to miss Happily Ever After which might be the most amazing fireworks show and projection on the planet. Plus, towards the end of the evening the crowds die down somewhat, making the lines a little more manageable. The park is gorgeous after dark and really worth seeing. Spending the entire day in the park is tiring, but it is worth it.

While at the Magic Kingdom you will spend a lot of time waiting in line, even if the park isn’t too crowded. FastPass+ is a way to cut down on some of that time waiting. Download the My Disney Experience App and make your FastPass+ selections for as early in the day as possible (three initial FastPass+ selections). When you’ve used all three, you can make another reservation through the app and so on until the park closes. To do as much as possible at the Magic Kingdom, you need to take advantage of FastPass+ and the shorter waits that it offers.

Even though Florida is known as the Sunshine State, there is a good chance that you will see rain on your vacation. During the summer there are storms most days, but they usually will pass quickly. Check the forecast before you leave home and throw some rain gear into your suitcase. Pack some extra dry socks, and bring those to the park with you. At the Magic Kingdom there is still plenty that you can do if it is raining, so don’t let a threat of bad weather keep you away. If it’s supposed to rain all day, do not cancel your plans. Instead, take advantage of the shorter lines and spend your time between rides splashing in the puddles.

There are two seasons each year when you can visit the Magic Kingdom and see it from a different view. In the fall, it’s Mickey’s Not So Scary Halloween Party. When that is over, things change quickly for Mickey’s Very Merry Christmas Party. Both parties offer special parades, character appearances, shows, and a themed version of fireworks. In the fall there is trick or treating while at Christmastime it’s free cocoa and cookies. The parties are special ticketed events, and are held on select nights. They are a great way to get the most out of the Magic Kingdom, with shorter lines and special surprises.

To get the most possible out of the Magic Kingdom, sign up for a behind the scenes tour. There are several to choose from. A couple to consider; Disney’s Family Magic Tour is fun for all ages. You will go on a scavenger hunt that is filled with surprises. If you want to know more about the park and what it takes to create magic daily, sign up for Disney’s Keys to the Kingdom Tour. It is a five hour walking tour that will take you into some of the backstage areas, including the Utilidor tunnels. You’ll learn all about the park, enjoy lunch, and receive a keepsake to take home. If you want to truly get the most out of the world’s most popular theme park, you need to call 407-WDW-TOUR (407-939-8687) to find out more information.