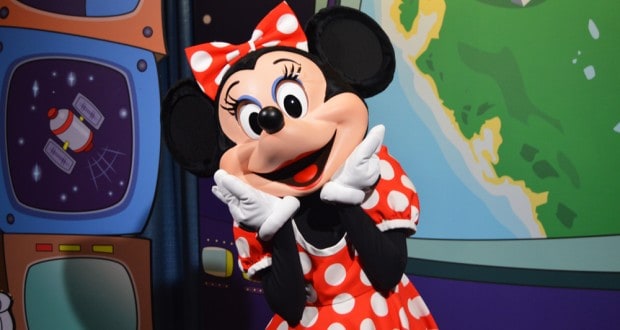 Speak with children about their favorite experiences at Walt Disney World, and you’ll find meeting Mickey and Minnie at the top of the list. For children, visiting Mickey Mouse serves as a rite of passage, a sign that they have arrived at “The Most Magical Place on Earth.” Adults get in on the action, as well, remembering their own childhood visits to Walt Disney World or vicariously channeling their inner child through their kids. Disney insiders, young and old alike, love these character meet and greets and continue to stand in line for them year after year. Here are seven reasons why they keep coming back.

Children in love with Disney movies find themselves enthralled with the characters they meet at Walt Disney World. Like anyone who longs to meet a favorite celebrity, children have strong desires to meet Buzz Lightyear, Donald Duck, or Anna and Elsa. Their innocent minds immediately connect to the characters they meet, giving them the same kind of fulfillment that adults may experience when meeting a world famous Hollywood actor. Disney insiders thrive on these fulfilled dreams, but they realize that childhood dreams aren’t just for children. Many grown-up guests relive their childhood dreams when they finally meet beloved characters in-person. Sometimes these are rare characters from movies long ago that have escaped them during past visits.

Of course, meeting celebrities isn’t always enough to satisfy a true fan. That’s why insiders love getting their pictures taken with Disney characters, and they’re glad that these celebrities won’t turn down the opportunity to pose with them. Photopass Photographers stand at the ready to capture the moments you spend with characters, snapping professional images that you can later buy online and download. If you plan more than a few photo sessions, you can purchase Memory Maker, a service provided by Disney that allows you to download all of your photographs for a fee. Though many insiders may take advantage of these options to save time and effort, you can save quite a bit of money by taking your own photos. Along these lines, the Photopass Photographer will even take a picture of your entire group with your own camera. Just be sure to ask them when the time comes.

If you’re getting your picture taken with a celebrity, then why not get an autograph, as well? Anything that makes the experience more magical just thrills all of us crazy Walt Disney World insiders. Disney goes to great lengths to ensure that character autographs are authentic no matter which cast member signs them. In addition, each character has a distinct way of signing. Insiders making several trips to Walt Disney World marvel at the way the signatures reveal key personality traits of each character and how they remain consistent throughout the years. The attention to detail that Disney pays to autographs lends to the feeling that park guests have actually met the real Aladdin, Tinker Bell, or whomever.

Insiders love character meet and greets, but don’t like the long lines that form when popular characters like Mickey show up. They look for ways to get around lengthy wait times. The best solution is to schedule your meetings with Fastpass+ in advance by using the My Disney Experience app. Keep in mind that not every Character Meet & Greet has Fastpass + as an option. Also, insiders with a Disney Rewards Credit Card receive special access to meet and greets scheduled only for them near the Imagination Pavilion in Epcot and at the Star Wars Launch Bay in Disney’s Hollywood Studios. Lastly, insiders know that lines are shorter during low-traffic times, such as early in the morning, late in the evening, during parades and fireworks, or during extra magic hours (available only to those staying at Disney Resorts). No matter which option they use, insiders love obtaining swift access to the characters they adore, because that means they have more time to see more characters.

Disney insiders love experiencing the way meet and greets become an extension of each character’s onscreen personality. Cast members remain in character while they’re visible to the public. Minnie Mouse will always be playful and a little flirtatious, Goofy silly and a bit clumsy, and Gaston self-absorbed and very sure of himself! The generous display of character personality quickly engages children, but also immerses adults in the imagination of the moment in a way that makes the meet and greet realistic. Soon, even the strongest doubters act as if they’re speaking to the characters right in front of them.

Walt Disney World insiders appreciate it when characters tailor the meet and greets to them. Characters pay particular attention to their guests, trying to personalize the experience to make the most out of the meeting. Characters often take notice of the group, expressing interest in a way that’s consistent with their personalities. Pluto may want to play with a rambunctious toddler (or adult) for a moment, Rapunzel may question a spunky daughter about her travel experiences, Goofy may point out a birthday button, or Minnie may beckon an embarrassed father to kiss her on the nose. It’s pleasant to interact with characters during a meet and greet, but insiders really love it when the characters individualize the experience. The bar is raised even higher during character dining; they make their way around the restaurant, giving each table personal attention during the meal. Alice may wrinkle her nose, call your cup of coffee “muddy water,” and suggest you try tea next time.

Even people who aren’t touchy-feely find themselves receiving a hug from a lovable Disney character during or after their meet and greet. Naturally, characters who are affectionate to begin with fall into this category; nobody wants a hug from Maleficent, and she doesn’t want to give them. Don’t worry, characters won’t impose themselves upon anyone who resists a hug, but it’s hard to turn down Winne the Pooh when he opens his arms wide. Sure, the lovable characters immediately draw children into an embrace, but somehow they also pull adults back into their childhood, and a hug soon follows. Even though they know they’re meeting a cast member portraying a character, Walt Disney World insiders get sucked into the movie magic that convinces them that they’re embracing their beloved Disney friends from childhood.

2016-02-13
D.W. Noonan
Previous: 8 Of The Best Kept Secrets At Disney’s Magic Kingdom
Next: 9 Tips For Getting The Most Out Of Disney’s Hollywood Studios