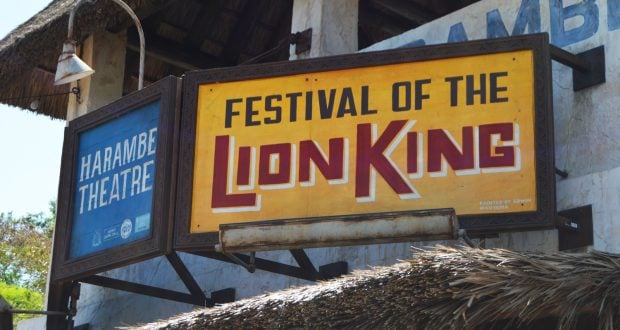 When most people think of Disney’s Animal Kingdom, Expedition Everest immediately springs to mind. Others might think of Kilimanjaro Safaris and a chance to see animals up close. While these are important parts of a Walt Disney World vacation, there is much more to see and do at the largest of the four theme parks. Here are six underrated attractions at Disney’s Animal Kingdom. Plan to make them a part of your next visit.

You might not think that an ice cream truck is really an attraction, but this one should be. The blue truck is covered with incredible paintings of real and mythical creatures. They are amazing! The fact that you can buy soft serve ice cream here is an added bonus. Stop by Anandapur Ice Cream Truck after you conquer the Forbidden Mountain. Reward yourself for escaping the Yeti with some ice cream, and take a few pictures of the truck at the same time.

There are plenty of carnival style games at most theme parks across the country; except at Walt Disney World. If you want to try your hand at a game of luck and win a cute prize, head to DinoLand U.S.A. You can play dinosaur-themed games such as Whac-A-Packycephalosaur, Fossil Fueler, and Bronto-Score. Games cost extra to play, but they’re a great way to blow off a little bit of steam on a hot or crowded day. Unlike many theme parks, the Cast Members won’t call you out if you decide to walk by. It’s low pressure.

Before you try your hand at winning a prize, soar in the sky upon a dinosaur’s back! If you love Dumbo the Flying Elephant at the Magic Kingdom, you’ll enjoy this one as well. One main difference between TriceraTop Spin and Dumbo is that there is rarely a wait of more than a few minutes at Disney’s Animal Kingdom. You can control your dinosaur’s movement with a joystick. The dinosaurs are also pretty cute. If you’re looking for a short wait on a busy day, TriceraTop Spin is a ride that you’ll want to check out.

Some people skip Affection Section because they assume that it’s just a petting zoo for the kids. Others don’t want to take the time to get there, since it is only accessible by train. Get in line for the Wildlife Express Train and head to this area on your next vacation. Affection Section isn’t just for kids, it’s for anyone who loves animals. You’ll see llamas, pigs, goats, and more. There are rare breeds on hand, and you can ask all the questions that you want. There are brushes available to use on the animals, they’ll enjoy it as much as you do. You will be surprised by how quickly the time passes when you’re surrounded by loving animals who want your attention.

Of course you’ll see the Tree of Life the moment you step in the park, but don’t just glance at it and have a PhotoPass photographer take a quick picture. Get up close and notice the details. The tree is 145 feet tall and has over 300 animals carved into it, see how many of them you and your family can find. Take a stroll along Discovery Island Trails and really pay attention to the marvel that is the Tree of Life. You will see even more if you get in line for It’s Tough to Be a Bug!. If you truly think about all the details that went into making the Tree of Life, you will be in awe of the Disney Imagineers. It is an amazing, underrated structure. 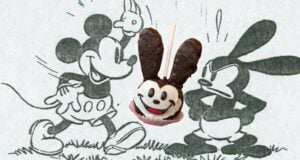