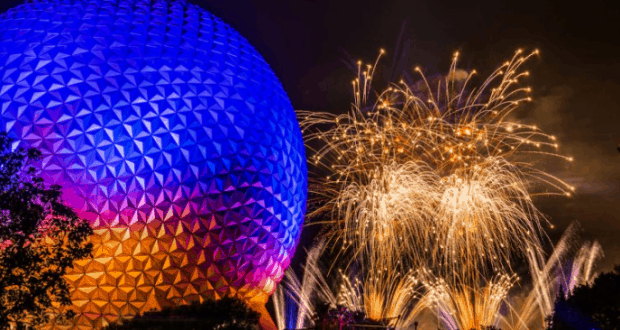 10 Things You Need To Know Before You Go To Epcot

The second theme park at Walt Disney World opened on October 1, 1982. The name Epcot was originally an acronym for Experimental Prototype Community of Tomorrow. While the park is currently under major re-imagineering, it is still a park not to be missed! Here are ten things that you need to know before you head to Epcot.

There are two main areas in Epcot, Future World and World Showcase. These areas are then broken up even more. Extra Magic Hours and holidays aside, Future World opens at 9:00 most mornings, while World Showcase opens two hours later. This isn’t the case for all of World Showcase, there are still places where you can grab breakfast. The popular Frozen Ever After ride also opens when Future World opens. You can go through the International Gateway entrance at the back of Epcot when the main gate opens, you don’t have to wait.

There are three extremely popular attractions at Epcot, and you will not be able to get a FastPass+ for all of them (more on that below). Unless you love waiting in long lines, you will want to arrive at Epcot before rope drop. Study your map or My Disney Experience App ahead of time, so that you will know exactly how to get to your first destination.

8. Tier One FastPass+ Is Essential!

7. So Are Dining Reservations

Dining at Epcot is incredible! There are two signature restaurants, two popular character meals, a chance to feel like you’re dining underwater, and plenty of international delights. Do your research ahead of time, and make reservations. You can reserve your spots up to 180 days in advance.

Single Rider Lines are rare at Walt Disney World, but you can find one at Epcot. If you don’t mind riding with total strangers, use that for Test Track if the Standby Line is too long. If you’re with a group, it will be broken up if you’re in the Single Rider Line.

If you’ve ever dreamed of blasting off to Mars, you will have the opportunity in Future World. Mission: SPACE (Orange Team) gives you and three others a chance to visit the Red Planet. You will each take on a different role; commander, engineer, navigator, or pilot. Of course something will go wrong. Mission: SPACE is intense, you’ll hit 2.5g, which will cause you to spin and turn unlike any other attraction. The ride is so intense that two different experiences are offered. Green Team is tamer than Orange Team, and does not blast guests to Mars anymore but rather into the Earth’s orbit to see landmarks from space! Read the ride warnings carefully (particularly with the Orange Team), take them seriously, and don’t join either team if you hate tight spaces or you get motion sick. Mission: SPACE is a great choice for a Tier Two FastPass+ selection.

You can have a great time at Epcot, even if you don’t ride anything. That is because there is plenty of live entertainment throughout the park. Pick up a Times Guide when you arrive so you will know what is going on and when. You can rock out to songs from the British Invasion, be marveled by acrobatic feats, and much more. The night ends with an EPCOT nighttime spectacular. There are great viewing spots all along World Showcase. Epcot is also a great place for character greetings, especially if you love princesses. You will want to have the My Disney Experience App on your phone so that you can easily find them.

3. Drinking Around the World?

There is a game that some Walt Disney World guests who are of legal drinking age like to play that is known as Drinking Around the World. This consists of purchasing one authentic alcoholic beverage in each of the 11 World Showcase countries. Drinking Around the World is not an official Walt Disney World activity. If you plan to partake, please know your limits and drink responsibly.

2. Eating Around the World

One of the nicest parts of World Showcase is that with 11 countries represented, you can enjoy 11 different types of cuisines. Plan to order a specialty or two from each country and share it with everyone in your family or group. Eating Around the World does not have an age requirement, and you might get your kids to try something different.

There are now four festivals held annually at Epcot. The Epcot International Festival of the Arts begins in January. International Flower & Garden Festival starts in March and runs daily through late-May. The Epcot International Food & Wine Festival runs daily late-August through mid-November. The final festival is the Festival of Holidays which begins late November and runs through December. While all four festivals are different, they also have similar elements. You can expect food booths, special seminars, festival-only merchandise, extra live entertainment, and more. One warning about all three festivals, Saturdays are packed, and Sundays are not much better. Plan to visit on a weekday if at all possible.

2017-03-14
PaulaK
Previous: 9 Things You Need To Know Before You Go To Disney Springs
Next: 10 Do’s And Don’ts For Walt Disney World’s Hollywood Studios